en-Bresse – Pierre-Arthur Picard: “The ideal would, of course, have a unique place to meet”

Meeting with Pierre-Arthur Picard, president of Martial Arts of Montreux for two seasons.

The Martial Arts of Montreux are part of the associative landscape of the city. Created as a single entity in the 1990s, it has since separated into several associations: today judo, fitness, Pilates and stretching are practiced. Pierre-Arthur Picard has been its president for 2 seasons.

Who are you and since when do you practice this sport?

My name is Pierre-Arthur Picard, I teach history and geography at Saint-Pierre High School. I have been practicing judo for 17 years and have been president of the Montrevel Martial Arts for two seasons, where I am well surrounded.

Read the full article in the paper version of La Voix de l’Ain (Bresse edition), available on newsstands until Thursday, January 13, or by accessing the online store. 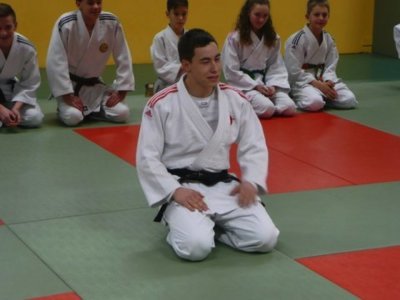