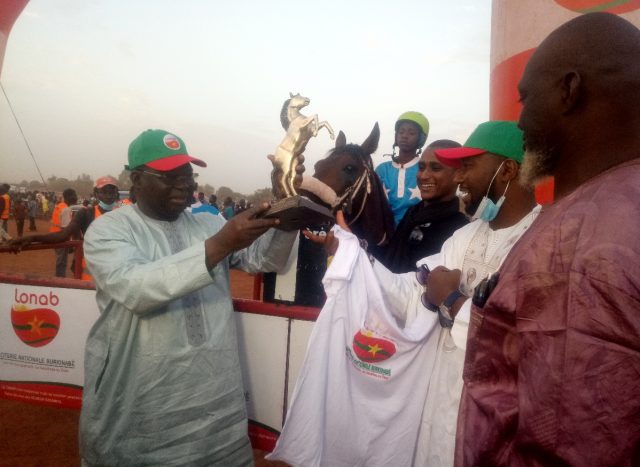 The Burkina Faso National Lottery (LONAB), in collaboration with the Burkina Faso Equestrian Sports Federation, organized, on Saturday 18 December 2021 at the Hamdalaye racecourse in Ouagadougou, a horse race called “LONAB Grand Prix”. In total there were five races in which horses from Bobo-Dioulasso, Burkina Faso’s second largest city, won the most prizes.

LONAB is known for its support of sport in general in Burkina Faso. It has a partnership with the Burkina Faso Equestrian Sports Federation. It is in this capacity that it accompanies this federation that it kindly baptized the great race of this day, Saturday, December 18, 2021, “LONAB Grand Prize”. 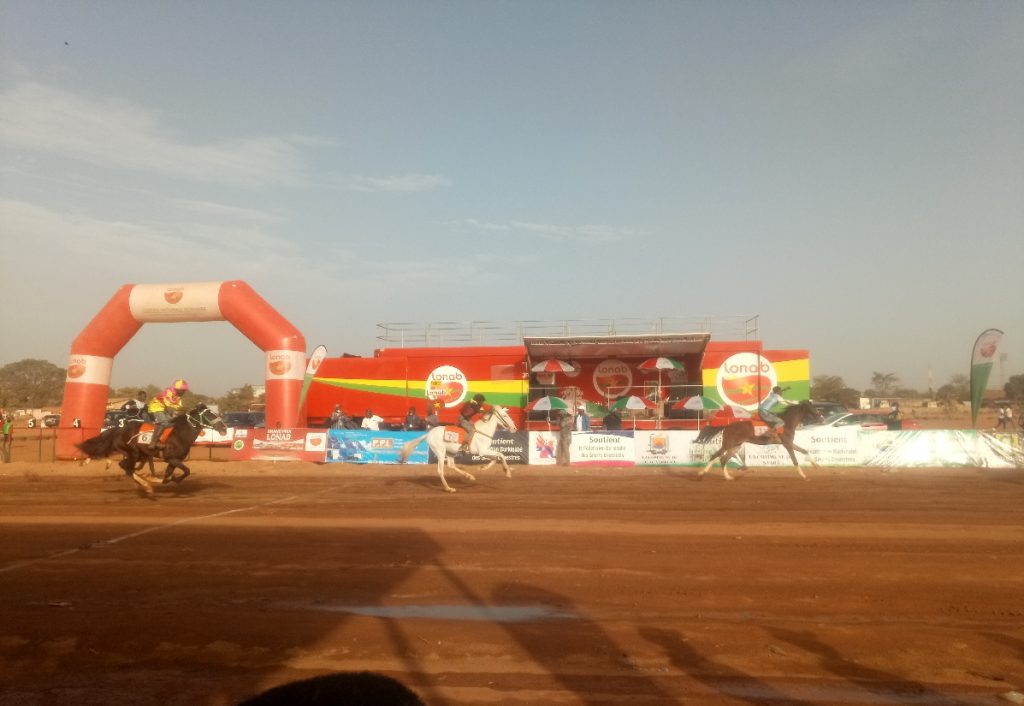 “Sport is a factor in the union of people and in the development of peoples, it is often said. Based on this conviction, LONAB, a citizen society, decided in collaboration with the Burkina Faso Equestrian Sports Federation, to organize this Grand Prix not only to contribute to the influence of this sporting discipline, but also to promote its social responsibility. , which is one of the main axes of its 2016-2025 strategic plan, ”said LONAB CEO Patin Deba Naza.

He said that he hoped this association would be perpetuated by the influence of equestrian sports in Burkina Faso and by the great happiness of horse lovers. He took the opportunity to wink to all LONAB customers for the constantly renewed confidence in his company’s products.

Spectators had the opportunity to place free trial bets on PMU’B and there were five winners. Each of them walked away with prizes in kind made up of LONAB publicity gadgets.

The first race concerned the G2 category. At this level, first place went to number 12, whose rider is Abdramane Kindo, who wins 100,000 F CFA plus a LONAB trophy and gadgets. The second is number 1 with Wilfried Ouédraogo as a jockey who earns 75,000 CFA francs and LONAB gadgets. The third is number 10. His jockey is Alassane Dabré. He leaves with the sum of F CFA 50,000 plus LONAB devices. Fourth place went to a second Abdramane Kindo whose horse was number 14. He won 35,000 F CFA and LONAB gadgets. The fifth is number 3. The jockey is Cheick Ouédraogo. 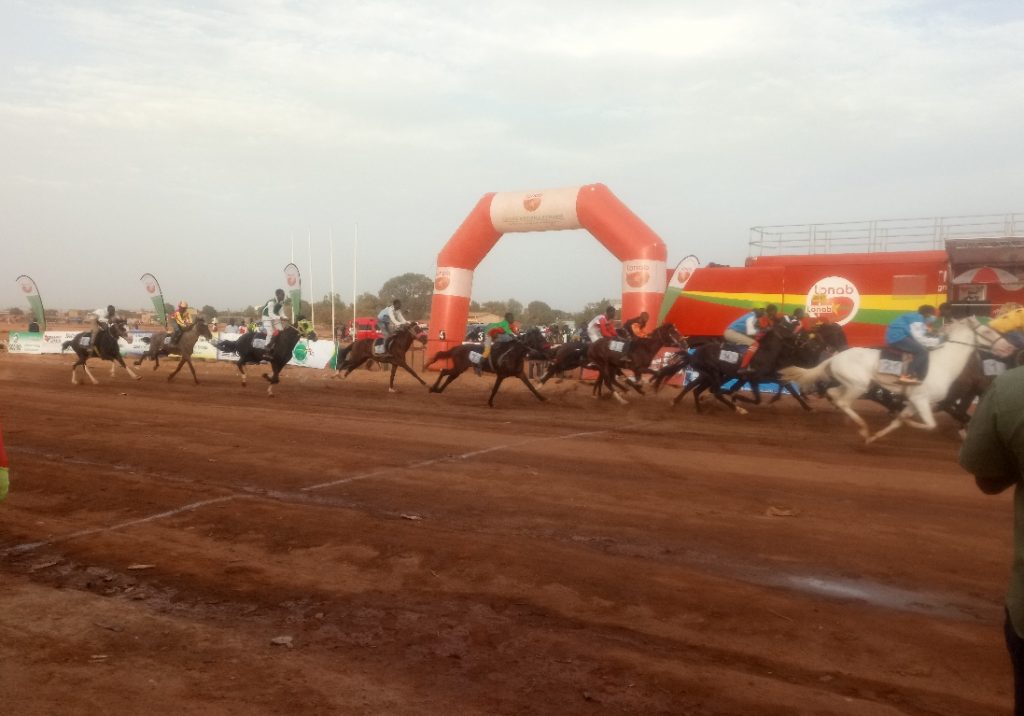 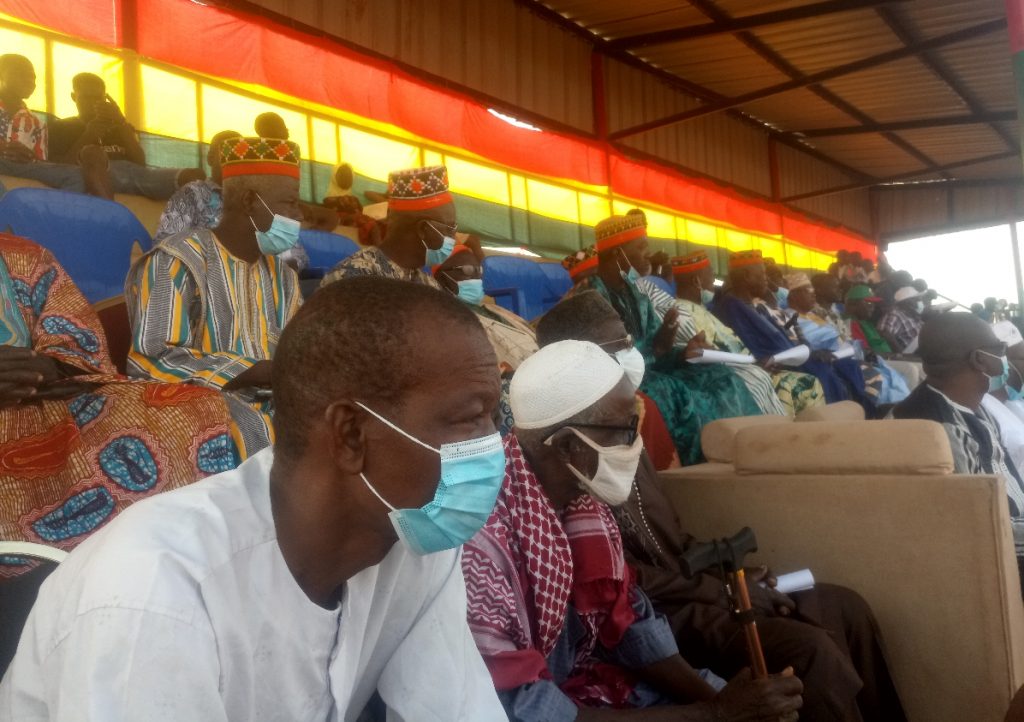 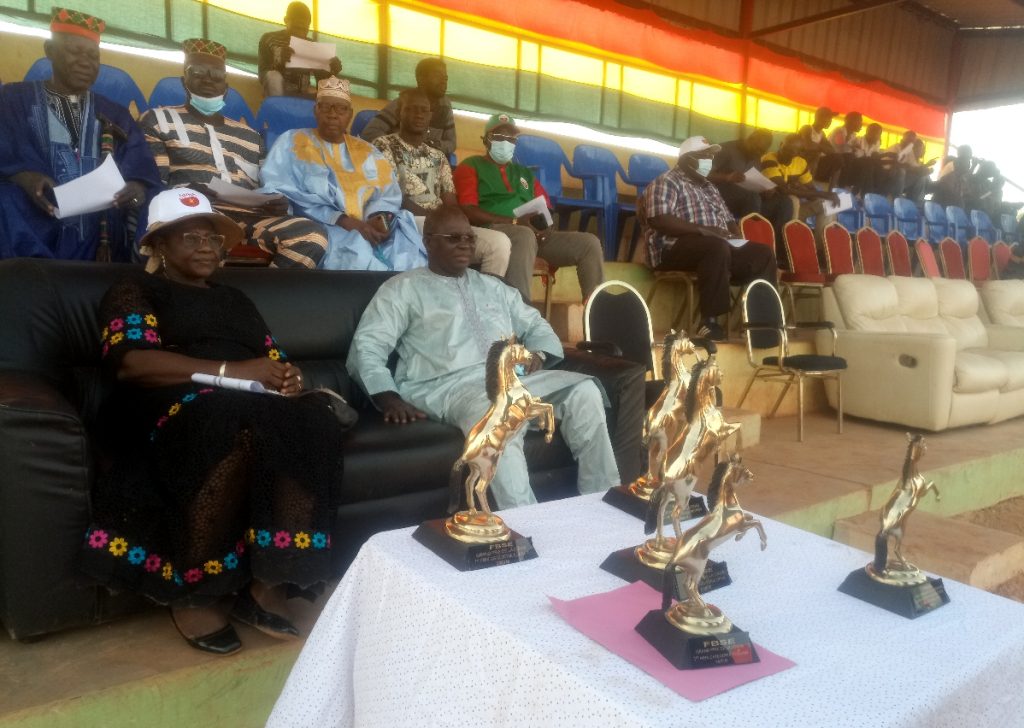 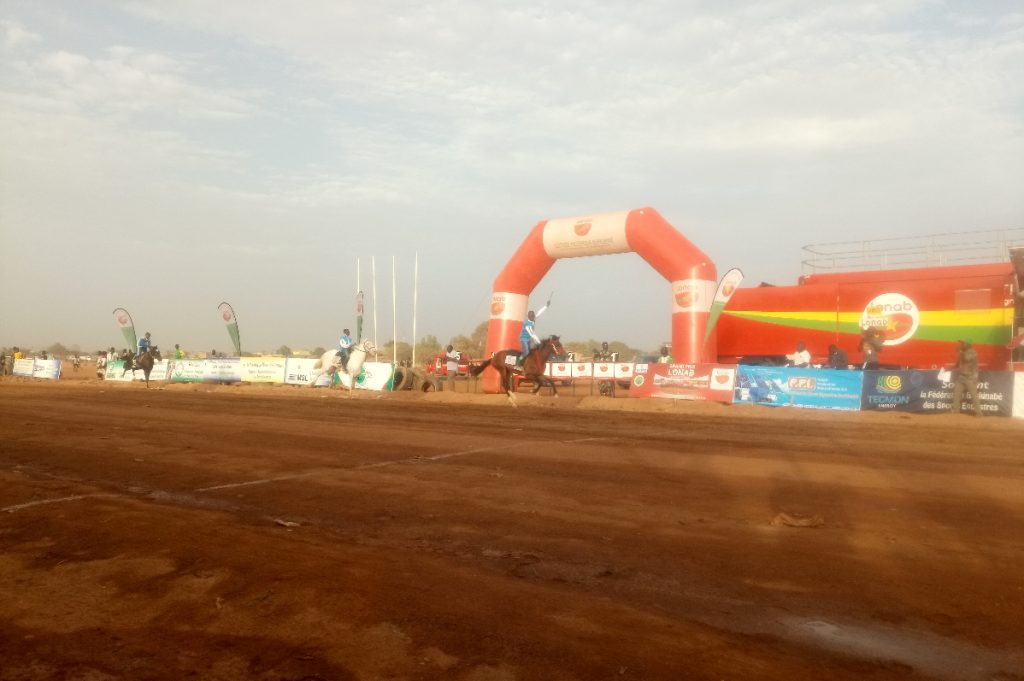 Dori’s horses are absent due to insecurity

The races were held to the satisfaction of the President of the Burkina Faso Equestrian Sports Federation, Rachid Nacoulma. “Burkina Faso has a lot of horses at the moment. They came from everywhere, unfortunately Dori’s horses had a movement problem and this is due to insecurity “, suggested Mr. Nacoulma who is delighted that LONAB is helping to” bring the horse world closer and give a boost to this discipline that needs support ”. .

“As it is the end of the year, we have seen fit to end it in style with an award from our official partner” which is LONAB, he explained.

He thanked the participants, the organizing committee, the sports enthusiasts, as well as LONAB. “Today, we noticed that the Bobo-Dioulasso horses won the most awards. You have to congratulate him. We know that it is not easy to come and run. They came yesterday, they are tired, but they have shown that they love horses in Burkina Faso. It really is a stimulus for this district of Bobo that is doing many things to develop the world of horses “, he concluded.

Tags:grandhorsehorseslonabstrongest
previousCheltenham Festival Contestants, Epsom Derby hopefuls, and future budding stars in the top 10 to watch in 2022 | Career news
nextRené Lévesque – Something like a great man | A work at the height of the character