Mental preparation is becoming an essential trend in top-level sport, and Loïc Bruni, in particular, often shows all the benefits. The work of the mind opens the doors to performance, but, beyond the sporting result, it also allows you to progress at a low level. To understand specifically what it is about, here are some keys to understanding the process and a review of some of the most proven “PM” techniques. 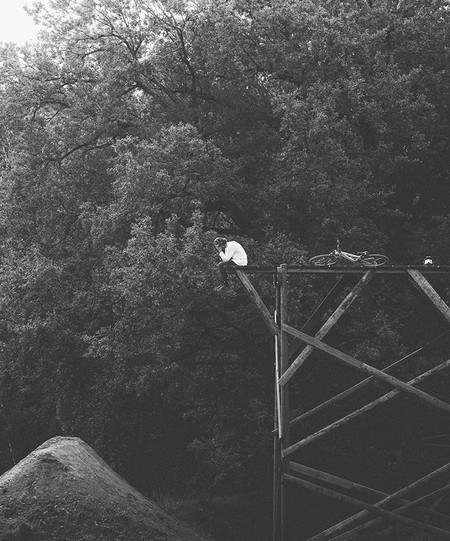 Paul Couderc during the filming of My War II, between doubt, self-denial and courage. Mental strength is getting over yourself when it counts. © Jules Langeard

With technique or physique, everything becomes much easier, however, the commitment to mountain biking is very much in the head. From the beginning, the ability to believe in yourself and live with your apprehensions is critical to your progression. Many are those for whom the mental preparation (PM) does not inspire anything and we cannot blame them, as well as those who do not plan to work the physical in the room, because the amateur mountain bike may very well be enough for himself. . Naturally, it requires mental dispositions that practice leads to evolve. However, specific work allows you to develop these qualities. Learning to live with emotions, of which our sport is a great source, facilitates progress, surpasses limits and, most importantly, multiplies pleasure tenfold. Different techniques can be implemented, ranging from the most documented (psychology, sophrology, self-hypnosis) to the most spiritual or even esoteric, but we will only mention the former.

The inherent fear of extreme sports

Our business confronts us with risks every day, which we fear to varying degrees. Fear of falling, fear of getting hurt, apprehension about speed, height or loss of control … These emotions are necessary for the survival instinct – for the preservation of safety margins – but they are obstacles to practice and progress. Marine Descols, a mental trainer in Chambéry, haunts fears on a daily basis through her activity as a trainer, particularly for base jumpers. She supports the importance of identifying the source of fear. Are they related to a bad experience, a trauma, or is it an imagined or even fantasized fear? It is useful to be accompanied, even briefly, after an accident, suffered or witnessed, because the underlying trauma, although not perceptible, can generate inhibiting negative thoughts. The imagined / fantasized fears group quasi-irrational anxieties and those emanating from unfamiliar maneuvers, archaic reflexes or inadequate motor patterns (inability to carry out a movement that would seem “unnatural”).

Loïc Bruni calls in a mental coach and we can only see the results: 4 world championship titles won in one day’s race and a second overall victory this year thanks to a perfect race, when he had to. Hard to beat the Specialized rider when it comes to mental toughness. © Red Bull Content Group

Question the origin of your fears

To overcome your fears, you start by asking the right questions. To yourself, but also to your friends, or to your students in the case of the monitors, to avoid pre-made and inappropriate responses. For Marine Descols, the guide should not project his world onto that of others. You run the risk of nullifying your interlocutor’s own fears by denying them (“this is not scary”), because what is valid for one with his past is probably not valid for the other. A mountain biker scared to death of a big jump may be completely closed to any argument about the reception if in fact it is the gain in speed or the consequences of an injury at work that worries him, and it will be necessary to put words into it . . Only a deep self-questioning can find the most relevant answers for you, because there are no universal ones. By accepting your fear as a whole, you deprive yourself of being able to divide it: “I don’t like big jumps. Point ”is a dead end, while the search for the problematic element (the acceptance of the speed? The slope? The momentum? The retention of the jump? The landing? The consequences in case of fall? ) reverse the thing by working this point.

“In the fear of falling, identifying the reasons why it occurs and what our key moments are will allow you to free yourself a little from it. “

What am I afraid of? For what reasons am I afraid? What could alleviate this fear? Why did I decide to do it anyway? This questioning, if it occurs often during the descent (rather formulated by a “what am I doing here?”) Should be practiced upstream, in peace.

In the fear of falling, identifying the reasons why it occurs and what our key moments are will allow you to free yourself a little of it. Standing on the pedals, we instead seek breathing techniques, rationalize our thinking, and focus on analyzing the situation to get out of an uncomfortable situation. Talking out loud about what’s going on and what to do helps moderate your reactions to stress. Focusing on technique helps push fear into the background. We can still try to change the negative ideas by bringing out the positive ones (the beauty of the landscape, the pleasure of riding with friends, the adrenaline, the continuation of the session that will undoubtedly be fabulous…). 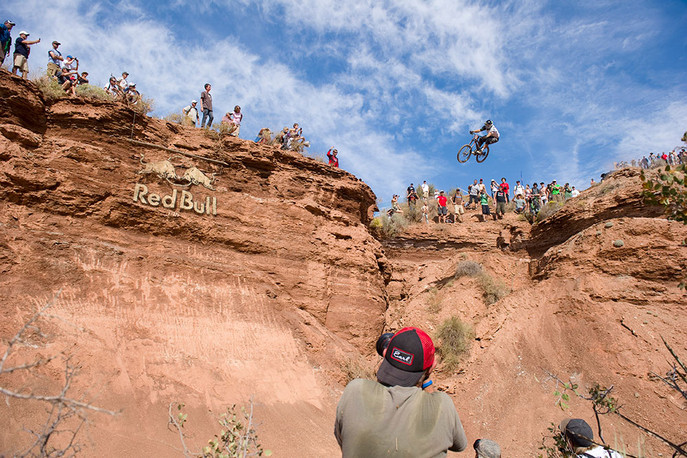 The psychologist Dorothée Boudgourd works on mental preparation with top-level athletes from the French FFV pole. In particular, it favors the transition to new sheet holders, which can generate apprehension: there may be fear of random control of the machine at high speed, fear of falling and being hit by another competitor. Among other things, the psychologist offers work on concentration and activation routines, as well as on confidence, through the development of an internal speech about skills.

To encourage people to get out of the comfort zone despite their fears and reach the state of “flow”, the coach gives a speech, a monologue for oneself, which allows to calm down and transcend. Flow is a state of concentration in which we are totally immersed in what we do, free from any parasitic thoughts, which generates a stimulating feeling of well-being. You can easily access the flow in your ideal route, but that can also be the case when washing dishes! We are all already motivated by a kind of “Come on, come on, I’m going!” »Throwing in a jump. The internal discourse is already a bit like that, but more elaborate and more efficient. This speech is always positive in substance and also in form, because the brain does not understand negative formulations. You must integrate an analysis of the situation and your skills, in order to change negative thoughts to regain serenity.

“We do not lie to ourselves, we have to really believe in what we say, so that our speech seeks real and rewarding memories. “

It calls for the experimentation of similar situations that have been successfully overcome. “I will achieve it because I know how to do it, I have already achieved it many times.” That is why it is very interesting to keep a log and progress book. You can record all the positive comments from your fellow travelers, as well as all the good feelings, exercises or feats achieved, to be able to mobilize them again later. This allows you to remain confident but also to point out your flaws, to increase margins and verbalize the points to be worked on. The result of this work is a unique internal discourse, specific to us and perfectly adapted.

The brain would not distinguish between the mental visualization of a maneuver and its execution. So mimicking a crossover or jump with your eyes closed in socks in the living room is also helpful! The pilots of the French Patrol or the competitors in DH lend themselves to this exercise, which allows to memorize a trajectory well. According to Domitille Kiger, world champion of free flight, ten jump visualizations would be equivalent, in terms of learning, to a real jump. There are two complementary displays. Internal visualization takes the pilot’s point of view (on-board camera) and uses the senses (vision, but also kinesthesia, hearing, etc.) to reproduce a gesture. The external visualization, obtained by the eye of the external observer, is for its part very suitable for the correction of gestures and positioning, thanks to a visualization of the full body + bicycle + terrain. Both exercises can be performed in the same training sequence, for example, alternating each display twice. But this exercise is not innate, you have to work on it, because an untrained brain is easily distracted by parasitic thoughts, only to then scatter and never be successful.

“A good visualization must appear in HD, full of details, colors, sounds, emotions. “

Its interpretation should seem richer and richer as you practice it: distinguish changes in ground, speed, slope. Feel the vibrations of your forearms, the sound of pebbles, the color of the sky. Be aware of the position of the elbows and how hard the fingers pull on the brakes …

Tags:mentalepreparationprepare
previousPau: Start Solar Night and win
nextBillère handball: the great evening of February 5 at the Palais des sports postponed to May