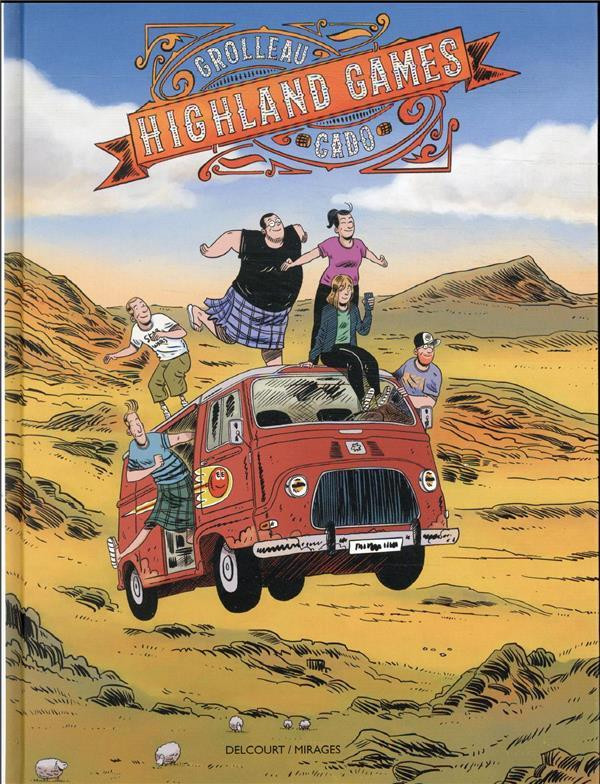 PFull-time fine arts teacher and coach of a volunteer hammer throwing team, Nicolas Cado is in charge of bringing his bands of amateur athletes to Scotland. There, this particular Breton team will challenge the best in the games that have become an institution, the Highland Games.

As a result of the meeting between Fabien Grolleau (script) and Nico Cado (drawings and colors) around another project, this unlikely title exudes the happiness and joy of finding oneself around the same passion. On the principle of trip, a group of broken arms not necessarily gifted for their activity takes the direction of Loch Lomond inspired by their coach. Traversing over a thousand kilometers through parts of Britain and Great Britain, the expedition envisioned by the authors is the opportunity to unveil moments in the life of a team like no other. The screenwriter enriches his plot with travel anecdotes but above all little things from the lives of his protagonists, which makes everything very enjoyable to follow. Between dinners, drunkenness, unusual encounters and laughter, the group reveals itself and consolidates.

Thanks to well-written, often funny and dynamic dialogue, Fabien Grolleau (On the wings of the world, Audubon, nordic, the ghost mask) plunges your audience into the heart of this somewhat insane adventure. Inspired by the actual members of their designer-coach’s club, their characters exude truthfulness and make their journey believable despite the quirky side. Better, they are all endearing and make you want to see them succeed in their business with honors. Like Nico Cado’s line (for whom it is a first album), simple, round and clear, this expedition is followed with real pleasure and (almost) would motivate you to take a license from the first sport, come and try the mockery and post . -Practice urinal. Of course, the story is still a fiction, sometimes outlandish, but the emotions that team members feel and the questions that are asked about their daily lives and their future will speak to as many people as possible.

A planned time in the Coup de Tête collection, mountain games finally released under the Mirages label. However, this album would not have been out of tune with the intrigues about Platini, Best and the other Acariès brothers, as it highlights what makes sport salty. An epic that will bring a smile to all those who gather during the week, Saturday afternoons or Sunday mornings in the stadiums or the tracks to sweat, improve and meet friends around their passion.