Aveyron. The history of the Pareloup dam

Located in the Lévézou, at an altitude of 805 m, near the Bois de Serres, Pareloup is best known for its artificial lake, the fifth largest in France (1,290 hectares).

TOIn the past, two mills were installed near the site where the dam is currently being built. Legend has it that the watchman, who was often the shepherd, was standing near the gorges watching over the forest wolves. Upon arrival he shouted “stop, stop the loup” (stop, for the wolf) hence the origin of the Pareloup place.

Around 1925, EDF started to build the Pinet dam in the Tarn and a study was carried out at the Vioulou to make a 10 to 15 meter high dam on the plateaus. The project was first studied in 1919 when the Sorgue et Tarn company, which managed the production and distribution of electricity, discovered this massif of Lévezou, which offered a potential water reserve in an ideal location.

These studies, which began around 1925, will end in 1946 and the public utility decree will appear on June 26 of this year. The rest is told by JMCosson: 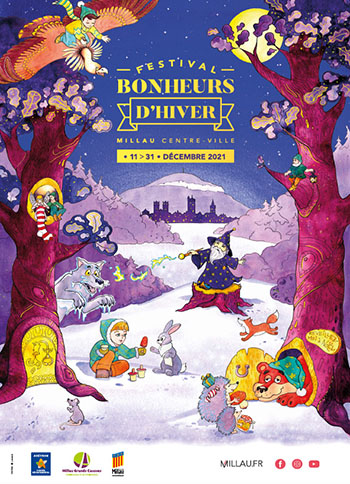 The site … was remarkable for the diving it offered from the Salles-Curan plateau to the Tarn valley, with a drop of five hundred and fifty meters! In the minds of the engineers, the Pareloup “reservoir” already existed, and they drew the operating diagram. A few weeks later, the army of geologists and surveyors surveyed the land. In Paris, the engineers made tables. The figures fell: for the unique reserve of Pareloup, in the course of the Vioulou, a forty-two meter high arch dam would create a lake whose banks would develop for a hundred and twenty kilometers. The water reserve obtained amounts to one hundred and seventy million cubic meters! (Mysterious and unusual Aveyron, De Borée, 2009)

The dam was built between 1949 and 1951. During its construction, many buildings, farms (Caussanel) and agricultural land were swallowed up. Most of the buildings were destroyed before the reservoir, except for a bridge of Romanesque origin, the fifteen-arched bridge, which crossed the Vioulou and now rests at the bottom of the lake.

In May 1952, the valves were closed, the water gradually rose. The road from Pareloup to Salles-Curan via Saint Martin des Faux was not finished, the population decided to keep this road that linked the villages and finish it.

The Canet de Salars parish wanted to come on a pilgrimage to Notre Dame d’Aures as is customary, they had to go through scaffolding, because the bridge over the dam was not finished and the old path that passed through the Pareloup mill was drowned. All the work was carried out by the Ballot company (Bernard Guitard, memoirs of the Pareloup site, Journal de Millau, August 8, 2002).

The Pareloup dam is part of the “arch dams”, that is to say a dam that allows the forces due to the water pressure to be transferred to each side of the banks and not to the dam itself. Let’s talk about numbers: the dam is 43.5 meters high, its volume is 43,000 m3, the discharge rate is 153 m3 / s.

There are 144 kilometers of coastline (source Pierre Besset), 170 million cubic meters of capacity, three nautical bases, two equipped public beaches (Pareloup-Arvieu and Les Vernhes), two islands in front of Routaboul. The lake drains for the maintenance of the dam and the pipes were made in 1961 and 1993.

25 years ago, the emptying of the reservoir (the first since 1961) brought to light many remains. The best known is the “15-arch bridge” over which an old D993 road passes from Pont-de-Salars to Salles-Curan to cross the Vioulou. This bridge, although drowned for forty years, was still intact. The presence of archaeological remains, such as the Roman road (Caussanel) and prehistoric tools, gives the place a special interest. 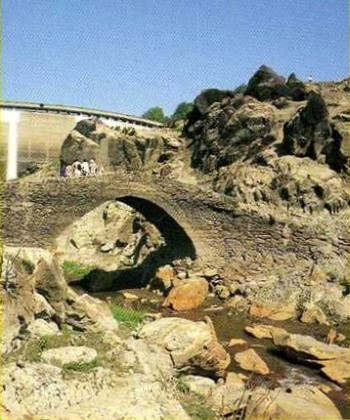 Due to its proximity to Millau and Rodez, Pareloup attracts many families every summer who come in search of tranquility, because the lake is surrounded by discreet beaches, far from the popular coastal beaches. There are many activities to do in or on the lake: pedal boats, canoe, catamaran, windsurf … Many fishermen also make miraculous catches: pike, carp, walleye, perch, brown and rainbow trout, sea bream, cockroach, goby, tench, predator and also thousands of American blue-legged crabs.

Recently, the rating of Lake Pareloup was at its lowest level (2010-2011), after peaks in electricity consumption due to cold periods, it was necessary to open the valves more than usual or leave about 35 million m3 more of water (Midi Libre, September 30, 2011). Therefore, the water had fallen in some places by 3 meters. The pontoons on the beach have been lengthened, and although 1/5 of the lake has disappeared, tourists have not shied away from the pleasure of finding their favorite corner of the beach.

Tags:aveyronhistorypareloup
previousFormula 1: the portrait of Lewis Hamilton, running and fighting in the blood
nextFormula 1 does not claim to be totally electric | F1only.fr