Formula 1 does not claim to be totally electric | F1only.fr

The Formula 1 announced Tuesday that its goal is to introduce 100% sustainable fuels by the middle of this decade, as part of the ecological transition to a net zero carbon footprint by 2030.

In 2022 you will see the new generation of Formula 1 cars that run on “E10” fuel, a mixture of 90% fossil fuel and 10% renewable ethanol, which is already available to many motorists at gas stations around the world. Going from 10% renewable fuel in 2022 to 100% in just a few years is an ambitious goal, but Pat Symonds says F1 is on track to achieve it.

« What you set goals is simply finding enough products that we need. “ explains Pat Symonds, Formula 1 technical director, in an interview published by the world championship site.

« There is a lot of ethanol around us, it is easy to set up. But when you start to dive into these more complex molecules, there aren’t that many and that’s why the middle of the decade is realistic. [la F1 veut introduire un nouveau moteur en 2025]. »

Sustainable F1 fuels will include an advanced component that comes from a program to capture carbon or waste or non-food “biomass” and, more importantly, reduce greenhouse gas emissions. Greenhouse effect compared to fossil gasoline by at least 65%.

These fuels will initially be created on a small scale in a pilot plant to develop processes that will later be adapted to mass production. The type of “biomass” you could use would include things like algae, agricultural waste, and non-food crops grown on land unsuitable for food production. 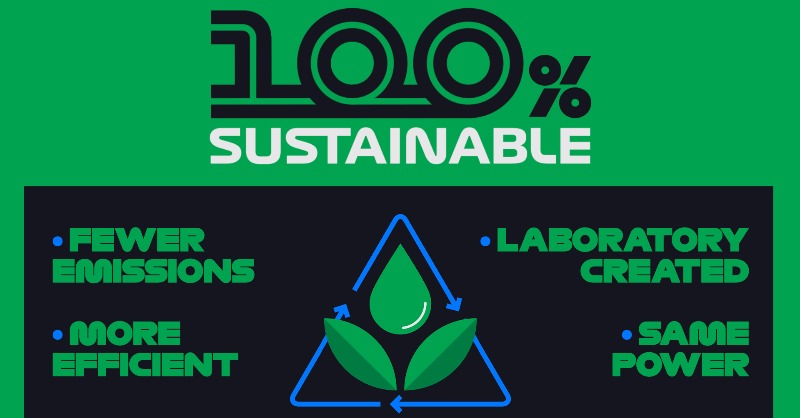 Symonds, meanwhile, is excited about the promise of carbon capture, even though the technology is still in its early stages: “Carbon capture is a method that is particularly close to our hearts because it extracts carbon directly from the air. “ emphasizes Pat Symonds.

While Symonds has testified that F1 is on track to meet its goal of introducing sustainable fuels to the sport, there are obviously challenges to overcome. The key, in addition to creating enough fuel to power the entire F1 grid, is creating fuel with an efficiency worthy of the pinnacle of motorsport.

« It is very ambitious, as part of what we are trying to do, to make a very high performance sustainable fuel. “ Symonds explains.

« Road fuels in the UK now contain 10% ethanol and have been around in parts of Europe for some time. But ethanol is not the best fuel for high performance. So what we’re doing is synthesizing a fully sustainable, high-performance fuel, and that’s a difficult thing to do and difficult to do in the quantities that we need. So we are embarking on a rather ambitious stage. “

The “energy density” of fuel is the key factor for efficient and sustainable fuel. But Symonds is confident that when they arrive, F1’s sustainable fuels will work at least as much as those used today.

« We currently have fuels that are around 44 megajoules per kilogram. They are very, very energy dense. Alcohol-based fuels, like ethanol, are much less energy dense, which means you have to have more volume if you want the same power. “

« Motorsports is all about power, but mostly it’s about power density; We don’t want huge cars with huge fuel tanks, we want small fuel tanks and lots of very good quality, high power density fuel. So we have to synthesize that, and it’s not the easiest thing to do. “

Why not be electric?

It will not have gone unnoticed by you that there is currently a huge push around the world towards the electrification of cars, with several governments poised to ban the sale of new internal combustion engine cars for years to come. So why is Formula 1 going ahead with plans that would keep the internal combustion engine at the heart of the sport?

“The really important thing is that we are not an anti-electric vehicle. In my case, far from it; I think that for light vehicles in urban areas, electric vehicles are quite good. “ Symonds explains.

“They have some problems… but we are not anti-electric at all. And I think all engineers think that electric vehicles are good for a small vehicle and for an urban environment. “

« Where they are not good is where you need a lot of power, and you need that power without taking up a lot of space. So when you get into heavy duty vehicles, trains, airplanes, high performance road cars, which may not be a very big industry, but it is still an industry that exists, then it becomes important. “

Meanwhile, fully electric vehicles (Battery Electric Vehicles or BEVs) currently account for only 8% of the 1.8 billion cars expected to be on the road by 2030, leaving more than 1.6 billion cars equipped with a Internal combustion engine.

In addition, a full life cycle analysis performed by l’Institute of Mechanical Engineers last year showed that an electric vehicle powered by renewable energy would emit 58g / km during its entire service life (including the extraction of raw materials for batteries, the eventual disposal of the battery, etc...). This figure should be compared at 45g / km for a fully durable gasoline internal combustion engine car.

Will sustainable fuel be less polluting?

« It is a totally circular thing. We will not produce CO2 that is not already in the atmosphere at this time; we take it out of the atmosphere, use it and put it back into the atmosphere.« Symonds explains. 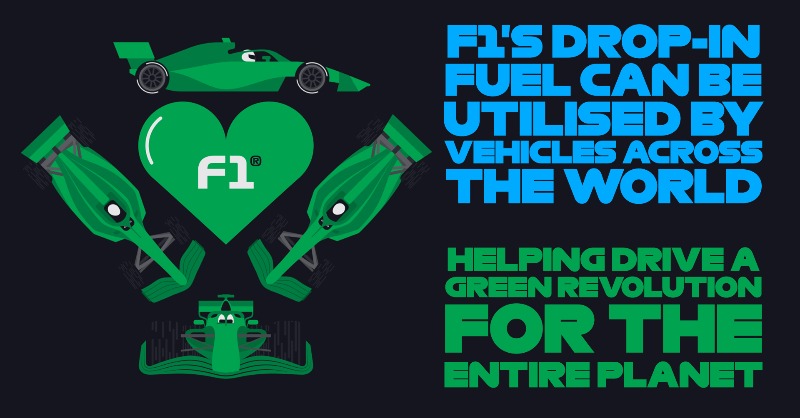 In addition to producing enough sustainable fuels for Formula 1, the top class is also working with various companies to ensure then increase production so that these fuels are available to motorists and the transportation industry in general.

« The techniques that we are going to perfect and make more efficient and common to produce our fuels are exactly the same techniques that can produce fuel for trucks, trains, airplanes, although those fuels are slightly different. ” Pat Symonds insisted.

« Aircraft fuel for a gas turbine engine is a little different from our fuel, but the manufacturing technique is basically the same. “

More generally, the F1 technical director says he is already excited about the engineering challenges that await him in the coming months: « I love the creativity that engineering brought, but as F1 teams got bigger and bigger, I became more and more of a manager and less and less of a creative person. “

« And what I love about what I do now is that we are really creative, we go back to first principles, we really study things. “

« What we have to do is make sure we continue to drive efficiency, use less fuel, and we will use considerably less fuel in the next-gen engine, and continue this journey that we’ve been on. 70 years in Formula 1 while producing ever more efficient engines. “

Tags:claimElectricf1onlyformulatotally
previousAveyron. The history of the Pareloup dam
nextFrom Monday all over Switzerland: no more restaurant and fitness for the unvaccinated