“My goal at Bollaert is a great memory”

Before the meeting between FC Nantes and AS Monaco; this Sunday (5:05 pm) in Ligue 1; asmonaco.com went to look for news of Serge Gakpé; he passed through the two clubs and today in Cyprus. Interview.

It grew and hatched on the Rock. Coming to the training center in 2001; Serge Gakpé did all his ranges in the lower categories of AS Monaco; before wearing the first team jersey 109 times (12 goals); from 2006 to 2011. then to participate in Nantes. Before Sunday’s game against the Canary Islands (5:05 pm); asmonaco.com went to consult the 34-year-old forward; who now plays for Karmiótissa FC; in the Cypriot second division. Memories.

The training center is always my best memory because we do not have an adolescence like everyone else; so we create very strong ties with those who are with us; because we rub shoulders with them every day. I only have good memories of her.

Hello Sergio. How is your adventure in Cyprus; where have you been evolving since 2019?

After two years at Apollon Limassol; I joined a second division team called Karmiótissa this year. It is a club that was in the elite last season and that is looking to come back. I had requests this summer to go elsewhere; but with my family we wanted to stay and live in Limassol because it is very good there; and I also found this sporting challenge; so everything was there. And in parallel; with my wife we ​​launched a multi-brand clothing sales site (unfolloworld.com); and soon I will be incorporating my own line. We also did a showroom a few weeks ago in Monaco. So I anticipate my retirement a bit; with one foot in football and the other in my recycling. The body will decide when I stop. At the moment; I feel good and am having fun. When we get to the end; I think we know.

To talk about Monaco; what memories do you have of your arrival at the training center in 2001?

The training center is always my best memory because we do not have an adolescence like everyone else; so we create very strong ties with those who are with us; because we rub shoulders with them every day. I only have good memories of her. Also; many players in my class have turned professionals. We know that the quality of Monegasque training is optimal. 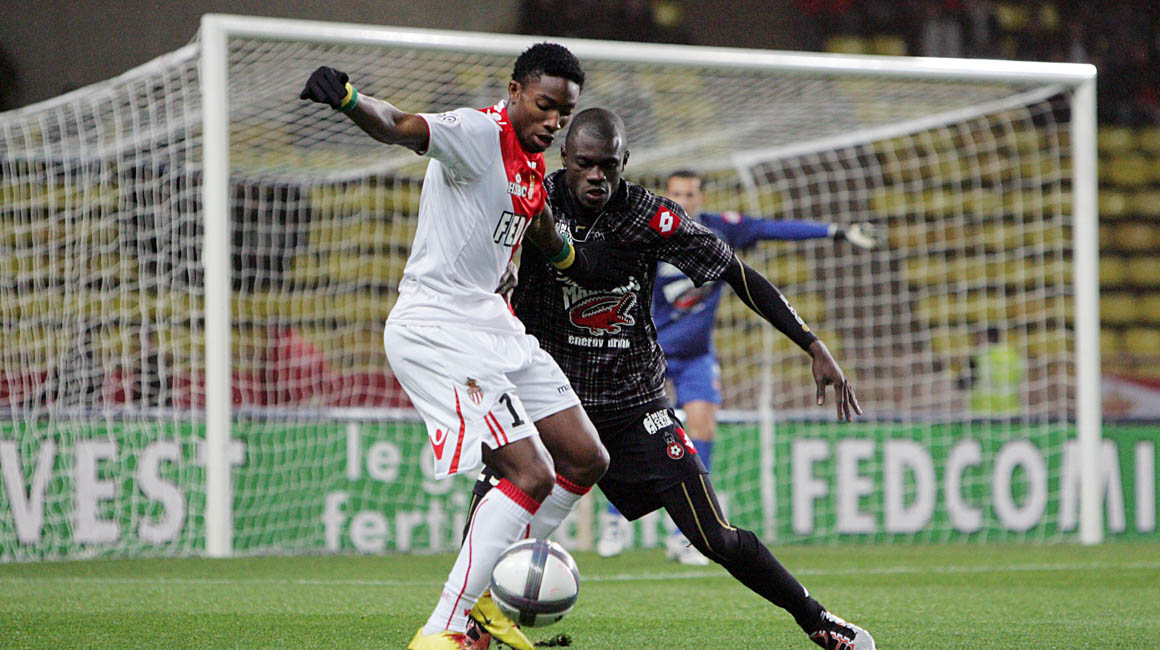 Have you kept in touch with some central players?

Yes; of course; for most of us we are still in discussion; for example with Nicolas Maurice-Belay; Yannick Sagbo; Thomas Mangani … Now; with social networks; it makes things much easier; we interact; we exchange messages; .. .

Didier Deschamps was the first to join the professional group; in a team with many big names. We imagine it must have been quite impressive …

When I was a kid it was still quite difficult because there were so many big names in the locker room. When you arrive you wonder how it is going to be; but it helps a lot since you learn immediately from the elders and that is priceless. It makes you evolve much faster. Everyone was very good to me and made me feel very welcome; especially Patrice Evra; Lucas Bernardi or Jeremy menez who had also recently experienced that. didier deschamps He immediately reassured me and pushed me; like other young people; to progress; although he left shortly after my integration into the professional group. But this passage had gone very well.

Of all the great players you have worked with; which one has marked you the most?

Yaya Touré! He was a monster; he knew how to do everything. It was really something. There were also Nenê and Jeremy menez who were technically very strong. But if I have to name just one; it’s clearly Yaya.

⚽️ What goal # 18: 🏃‍♂️🏃‍♂️🏃‍♂️ The lonely walk of @YayaToure In front of Le Mans concluded with flat feet that deceives Pelé! #WAG pic.twitter.com/8kK3jss7FW

In fact; since I thought I wasn’t playing games; I pulled my braids the night before at the hotel to wash myself; telling myself it wouldn’t show. Problem; it didn’t go as planned and I walked onto the field with a great afro haircut (laughs)!

In January 2006; he played his first Ligue 1 game against Lens… and scored his first goal! It must have been an incredible feeling …

Completely; especially since I wasn’t expecting to play this game at all. It was going to be the first attacking partnership for Marco Di Vaio and Christian Vieri; who had arrived in the winter transfer window; so I thought I would be in the stands for this match. But they were a bit sick before the meeting; so Francesco Guidolin got me started. In the end; I think it helped me not to push myself; not to play the previous game in my head. And in a great deep pass from Olivier Veigneau; with whom I trained; I go to goal and slide the ball between the legs of Charles Itandje. It’s a great memory; in a packed Bollaert stadium.

For this debut in Ligue 1; he also had a slightly original haircut compared to what he usually has …

(Laughs) That’s right. In fact; since I thought I wasn’t playing games; I pulled my braids the night before at the hotel to wash myself; telling myself it wouldn’t show. Problem; it didn’t go as planned and I walked onto the field with a great afro haircut (laughs)!

When I return to France; I am always very happy to come to see the people of AS Monaco and stop by the training center. It is always very nice to come back.

In May 2008 you suffered a major injury and were never able to regain your place in the team. We imagine that it is a regret …

This is the only regret I have about my time in Monaco. I was absent for almost ten months and good players arrive at Monaco at every transfer window. So when you are away for ten months; it is very difficult to go back; especially when you are young. Knowing what to do after your injury and how to work with a changed body were things I had not yet mastered. Then later it was a little more complicated; but it is the life of a footballer.

Then you played in France; but also in Italy and Belgium. How did you live these experiences abroad?

After Monaco; I signed for Nantes in January 2011 and it was like starting a second career. In football it goes fast; everything you did before is in the past; so you had to start over and get back on the right track; which I managed to do. Then I went to Italy (Genoa; Atalanta Bergame; Chievo Verone); Belgium (Standard de Liège; Cercle Bruges) and a season in Amiens; before finding the sun again in Limassol. After Bruges and Amiens; I needed it (laughs)!

Do you still follow Ligue 1 and especially AS Monaco?

Clear. In particular; I watched the game against PSG; where Monaco really weren’t very far from doing something. I mainly follow the clubs I have been to; Monaco and Nantes. But when I go back to France; I still have great pleasure in coming to see the people of AS Monaco and make a stop at the training center. It is always very nice to come back.

Tags:bollaertgreatmemory
previousHandball: Montpellier’s positive door in the Covid, Gérard will be on the trip to the Euro
nextMarket | Mercato – OM: Mourinho destroys Longoria’s plans!