Vitesse Arnhem 1 ole! Vitesse secures a continuation in the Conference League after the UEFA decision

Vitesse is certain of a continuation in the Conference League. This was decided by a UEFA Disciplinary Committee. Tottenham Hotspur missed a place in the round of 16.

Tottenham Hotspur-Stade Rennais were canceled in the last round of the UEFA European Conference League. The Spurs are dealing with a major corona outbreak. 8 players and 5 employees of Steven Bergwijn’s club were positive.

Super exciting
Much was at stake. Vitesse and Tottenham Hotspur went into the final round with the same number of points. The joint results were the same; but due to a slightly better goal difference; Spurs were ahead of Vitesse after 5 games.

The Arnhem team didn’t really want to play against Mura because they thought it would distort competition. After Vitesse’s 3-1 win; Tottenham knew the club would be done with any win over Rennes.

Tottenham wanted so badly; but Rennes was fed up with it
With no new date to be found and the two clubs arguing; a UEFA disciplinary committee decided it was enough. Speed ​​goes on.

Tottenham Hotspur-Stade Rennais is therefore no longer played and the 3 points and a 3-0 win go to the team from Rennes. Vitesse stays ahead of the English club. The team from Arnhem scored 10 points in the 6 group matches. Spurs won 1-0 at home.

Vitesse versus Rapid Vienna
Vitesse meets Rapid Vienna in the intermediate round of the Conference League. The first game will take place on February 17th in Vienna; the return will follow a week later. If the team from Arnhem wins the diptych; it will qualify for the 8th final.

With Vitesse on board; the entire Dutch delegation will spend the winter in Europe. Even after the winter break; Ajax; Feyenoord; PSV and AZ are still active in European tournaments. 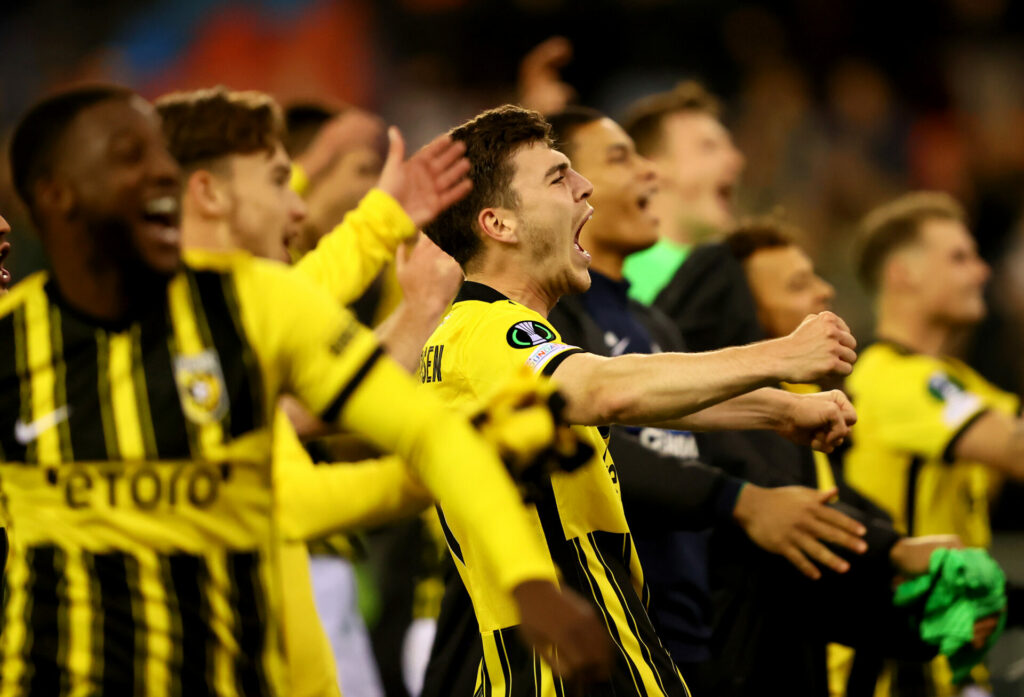 Cheers in Arnhem; Vitesse is on

For the first time in our history we are wintering in Europe! 💯.#Speed #UECL #BelieveInMore