October 17; 2021 – Fans of NEC and Vitesse caused unrest in the night from Saturday to Sunday. Supporters of both clubs would have clashed with each other prior to the derby between the two clubs. An eighteen-year-old man from Lent was severely beaten and is in hospital with serious injuries. 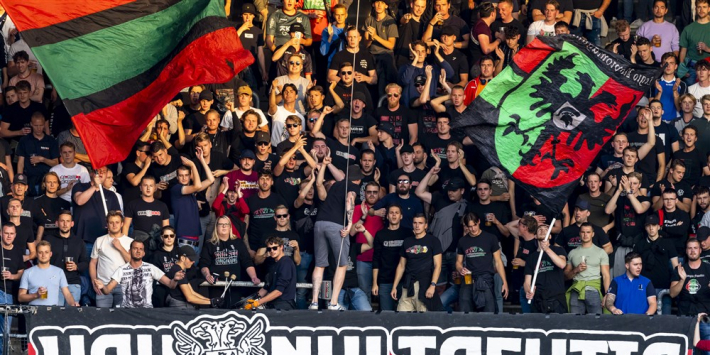 That writes The Gelderlander at least. According to the regional medium; the police take into account that it concerns two groups of supporters who have fought. A group of NEC supporters would have waited for the fans of Vitesse with axes; and then fought with each other.

An ‘Anti NEK Party’ was held near the seriously injured man; after which things went wrong between both groups of supporters. Although it has not yet been formally confirmed by the police; stories are circulated in various WhatsApp groups and the police also assume that there was a fight ‘with several people’. The police can not yet confirm that it concerns fans of both football clubs.

‘Photos circulating show how a young man feels on the neck of the bloodied Lentenaar; who apparently lies lifeless on the ground. An officer is bending over the 18-year-old man in another photo;” writes the morning newspaper about the extremely sad situation. It has been restless all week between the fans of both groups; in the run-up to the Gelderland derby.

News of Eredivisie club about N.E.C. on Journaltime.org

View all of Carlotta M.Penedes's posts.