The Pro1 Montreal training center opened its doors in 2013, founded by one of the pioneers of the CrossFit community in Quebec: Roch Proteau. Roch was the first man from Quebec to qualify for the CrossFit Games, in 2009. Before opening Pro1, he trained Simon Paquette at the 2013 World Games.

The year 2018 will mark the return of his team of athletes to the “Games”, formed in 2014, after two years of absence.

“It will be my first experience as a team coach, having participated in it twice. Crown my career, it’s the only role I’ve played! I have loved all my competitive years, but this one was special. and team cohesion, very good. I am very proud of it and I am lucky to experience it”, Roch confided to us.

Back, because the Montreal Pro1 team will have made appearances at the 2014 and 2015 Worlds, after winning the prestigious East Regional.

Note: none of the four members of the current edition (Lorraine Allard, Manon Lesur, David Fontaine and Cédric Lapointe) were part of these two editions, some of them were not even doing CrossFit at the time! 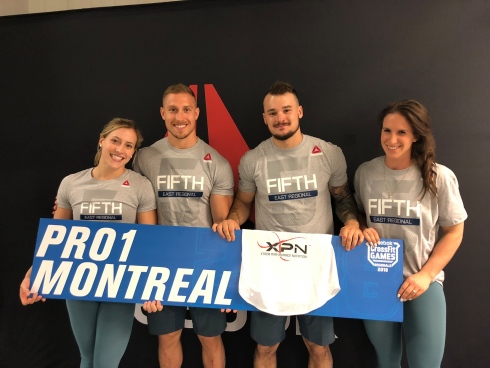 The sport has evolved a lot in the last four seasons, and Pro1 has become a guarantee of quality: with this 3rd classification, he becomes the only center to make the trip to the World Cup three times from L’Usine Montreal, from 2011 to 2013 .

Ironically, it was for this team that both of the team’s athletes began their competitive careers: in 2015 at the East Regional. Therefore, they can meet again this year. As for the 2 men, this is David’s first year on the team, who has only been doing CrossFit for 2 years. The young Cédric Lapointe, only 21 years old, is there for a second season. The latter is also identified as one of Quebec’s best hopes for the next generation, who already competes with the best athletes in eastern Canada.

“It was a difficult choice this year, choosing between team and individual. I didn’t think I had the potential to go to the CrossFit Games as an individual this year, so I chose to go as a team. A bit like Patrick Vellner did at the beginning of his career! I am very happy: we developed an amazing chemistry together, without any problem. Everyone forgets about themselves and listens to the leader on the court to do what they have to do”, explains the main interested party, who already had the interest to start in this sport at the age of 13!

“We know it’s part of Cédric’s journey, competing as a team at the CrossFit Games. He’s very confident in his abilities and we use it to its full capacity. He takes a leadership role with us and makes sure he takes care of all of his teammates on the floor. of competition and in training”, says Lorraine, the veteran of the team who finally managed to get her ticket to Madison after 3 years in regionals with Pro1.

“The first year, we got a slap in the face. The second, we had lower expectations. This year, with the change from 6 to 4 athletes, we knew that anything was possible. Everyone is 100% in the pot! I’m really at peace that I qualified. I finally reached my goal, but I still don’t realize it! “, She continues.

This is also a general observation of the four teammates. But that doesn’t stop them from training extremely hard to perform there!

on the way to madison

Training for the World Cup is exhausting: several hours a day, as a team, 5 times a week. On the other hand, to tell you, the cohesion has never been stronger among the members. Everyone keeps morale high towards a common goal and works hard for collective results.

“I have a good feeling for the competition. Everyone is really disciplined, they train really hard and no one gets hurt! They are all in the best shape of their lives! “he tells his 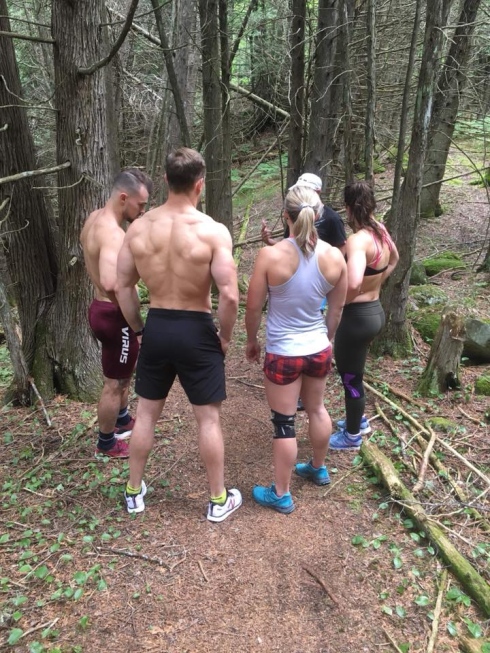 When asked what their personal goal is, they all respond in the same way: “I haven’t told my teammates, but I think we can aim for a top 10.”

In just over three weeks, everyone will be on the world’s largest competition floor for the first time. But no one is intimidated by it.

“I can’t wait! I knew that was unattainable for me, with my full-time job. I knew I had an opportunity in Pro1, with good athletes. It was a great opportunity that I had! », says Manon, who has erected as one of the best athletes in Quebec in the last 2 years, in individual competition.

David Fontaine, the team’s rookie, was training in the regular gym just 2 years ago. It was a friend of Sherbrooke’s who dragged him to a CrossFit center, and he decided to go 100%. “I never would have believed it when I started. It made me even more hungry to compete among the best. I personally see it as a very good start to a career! “, tells us the 25-year-old athlete.

Pro1 Montreal will be the only Canadian team on the field at the worlds. So it’s not just a city that will be behind them, but a whole country!

To check the profile of Alexandre Caron, who will also be at the CrossFit Games, here.