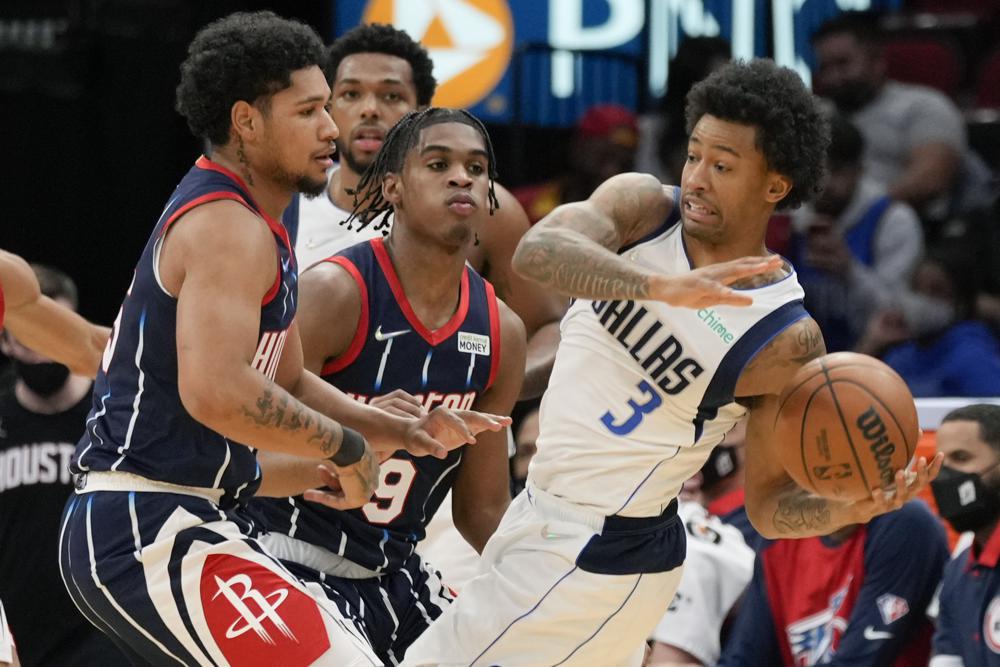 With all discretion and despite important absences (Luka Doncic and Kristaps Porzingis), the Mavericks have been winning for a few days. The one in Houston is the fifth in a row.

Another team in form: Minnesota, which has won three in a row. The Wolves have the same record (19 wins, 20 losses) as the Clippers and are even close to the Nuggets in the standings. The latter have also fired the Kings.

Without Luka Doncic or Kristaps Porzingis, and without Jason Kidd as well, being held in solitary confinement, the Mavericks still had a very quiet evening in their Texan neighbor. The Rockets lacked energy on defense and sank from the first quarter.

Dallas scores 43 points in the first twelve halves and there is already a difference of 20 points. This difference will not change as the minutes go by, such an easy victory for the Mavericks. This is his fifth in a row.

With a D’Angelo Russell who missed nothing or almost nothing (27 points at 11/12 shooting) and an Oklahoma City defense unconcerned, the Wolves didn’t have much to fear from their trip. Especially when Shai Gilgeous-Alexander (12 points on 4/11 shooting) misses his game so much.

Cunning and led by their playmaker, the Minnesota team took control from the first half. Then, in the third quarter, it was Karl-Anthony Towns who showed the muscles to bend the case.

Without being truly dangerous, the Kings were flashy. In the first quarter, the Nuggets went 16-4 to make a difference and then offered a 20-point lead in the second quarter.

But Sacramento responded with a 12-4 after the break to close the gap. There Nikola Jokic appears, with 12 points in the third quarter. Denver still has an advantage but it wasn’t until 17-5 in the last act to see Popeye Jones’s men win (Michael Malone is in solitary confinement).