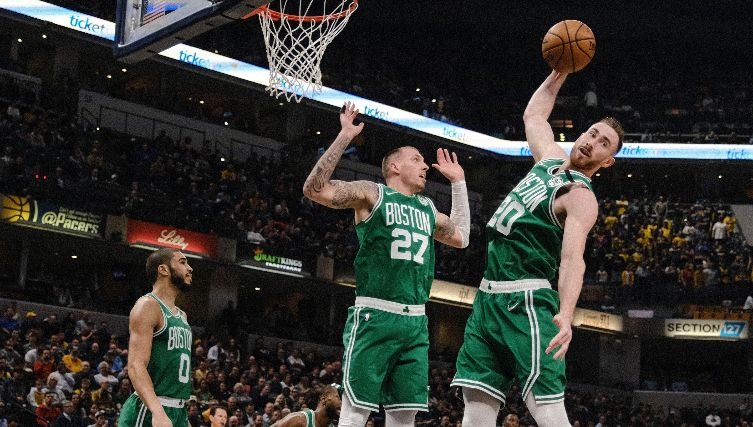 He was born in Indianapolis. He grew up in Indiana and played there in high school and college; and it was there that he healed his ankle after coming out of the “bubble.” Gordon hayward is very attached to his home state; and SNY.tv reports that the leaders of the Pacers would be in favor of his coming; via exchange.

The Indianapolis Star had already mentioned this possibility last June; and it should be remembered that the Celtics winger has a “Player option” to $ 34 million. We can hardly see him testing the market; and the Celtics might be tempted to part ways with him after a featureless collaboration; essentially marked by a very serious injury in his first game with Boston.

In Indiana; we turned the page to Nate McMillan; and decided to bet on a former Raptors assistant; Nate Bjorkgren; who promises a game of movements in which Gordon Hayward can excel.

There are five good ones in Indiana; and if Boston is a salesman; Danny Ainge can find what you’re looking for. We think in particular of Myles Turner who can bring rebounds and counterattacks; but ESPN explains that he would be “non-transferable.” The same goes for Domantas Sabonis; who became an All-Star in Indiana.

Towards a triangular exchange?

Victor Oladipo’s track is more dangerous as he is in his final year of contract; and he will have to find his place amid Kemba Walker; Jaylen Brown and Jayson Tatum.

As for Malcolm Brogdon; he has the same profile as Marcus Smart; able to play at positions 1 and 2; and it will be difficult to share playing time with Kemba Walker. For TJ Warren; exceptional in the “bubble;” it is the salary that does not fit; but he would be perfect as an offensive joker behind Jaylen Brown and Jayson Tatum.

If Boston is a seller and Indiana really wants Gordon Hayward; then a triangle trade will have to be considered as well. SNY.tv recalls that the Nets have an eye on Victor Oladipo; and the Celtics could find their happiness in the Brooklyn workforce; especially if the Nets are ready to part ways with Jarrett Allen …

Player option : possibility for a player to activate (or not) the last year of his contract; in order to end his lease or become a free agent one year in advance.