How would China respond if Nancy Pelosi visited Taiwan? 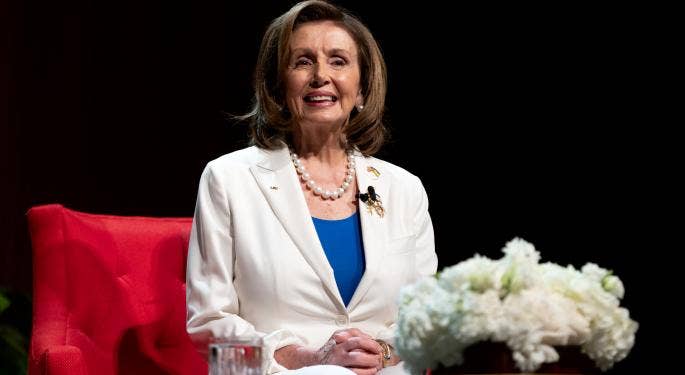 5 a moment of reading

The possibility of the Speaker of the US House of Representatives making an unconfirmed visit to Taiwan, Nancy Pelosi, causing increased tension between the United States and China.

Should Pelosi complete her visit, the event could have a negative impact on assets and stocks related to China and Taiwan. Businesses and sectors that depend on peaceful relations between the US government and the Chinese Communist Party could be affected.

Will it go or not?

While Pelosi’s official Asia itinerary only includes Singapore, Malaysia, South Korea and Japan, different information That has been mentioned The speaker also plans to visit Taiwanincluding a senior Taiwanese government official and an American official.

Pelosi’s congressional delegation kicked off its Indo-Pacific tour Monday in Singapore.. An exact date for the visit to Taiwan has not been confirmed. who some sources claim that it is the delegation could arrive in the capital of Taiwan, Taipei, on Tuesday night.

Due to security concerns, a visit to Taiwan is unlikely to be omitted from the public itinerary and, According to representatives of the Biden administration, Pelosi is expected to continue the visitregardless of the threats from the Chinese military.

What could China do?

A visit to Taiwan by the third most senior representative of the US government would be a clear signal of diplomatic efforts to strengthen ties between the US and Taiwan, a sovereign island country over which China claims full sovereignty.

The event was the most high-profile visit by a US official in 25 years.

It is not clear how much China could react to such a visit, but military action is not ruled out.

During a regular briefing on Monday at the Chinese Ministry of Foreign Affairs, a spokesman Zhao Lijian he drew attention to the “dreadful political impact” the visit could have and stated that The Chinese military is “waiting.”

Taiwan’s unique experience in manufacturing technology products, especially semiconductors, makes it a strategic ally in any plan involving the production and marketing of consumer electronics, automobiles and a wide range of products.

The tension between the US and China over the sovereignty of the island nation has been intensifying in recent years, and China could interpret the visit of high-level US officials as an unwanted invasion of its own territory.

US officials said it was unclear how much China was willing to risk a confrontation over the issue, but they had gathered information about the country’s possible responses.

On Saturday, the Chinese military announced that it would hold live ammunition drills about 80 miles from Taiwan, in the waters of southeastern Fujian province, possibly as a way to demonstrate its ability to defend Taiwan’s territory in the event conflict.

What actions could be affected?

Historically, tensions between the United States and China have been behind movements in the share prices of companies that depend on peaceful relations between the two countries for their business.

After the prospect of the Congress visit, the Taiwan dollar fell below the psychological mark of 30 per dollar for the first time since June 2020.

Shares of companies and funds with interests in the matter did not show a consistent or significant bullish or bearish pattern on Monday.

The IS ETF iShares MSCI China Blackrock’s (NASDAQ:MCHI), an exchange-traded fund that provides exposure to large and mid-sized companies in China, fell 3.3%.

Since Pelosi’s visit is always a possibility rather than a fact, the markets have yet to accept it as definitive news. However, if the visit were to happen, the increased tension would likely create instability in the actions mentioned above and in other areas in the areas of China and Taiwan.