Clear the sky debt maturities in pesos and the loss of BCRA reserves since then the arrival of Sergio Massa at the Ministry of Economy which generated a little more confidence and calm in the financial market and in economic agents, but the biggest concern the new rise in the value of financial dollars from yesterday.

The liquid counted dollar reached 296 pesos, the MEP dollar reached 288 pesos and the cheap dollar closed at 293 pesos for sale. But beyond that, the main imbalances affecting the economy are the main macro imbalances such as fiscal, exchange, monetary and financial.

Regarding the latter, there are some aspects to point out and which show that although a very strong financial system and stronger than the one used to face other crises such as the 1989 and 2001 crises, we are witnessing a scheme that is highly dependent on the pesos debts of the state and the liabilities of the BCRA. A recent study by economist Salvador Di Stefano shows:

2) The Leliq and the repos of the BCRA control the amount of money issued, pesos are absorbed paying a sidereal interest rate of 69.5% per year when interest is not paid and if it is capitalized then it is a snowball that grows at exponential rate,

3) the government’s gross reserves stand at US$37,014 million, and No strong inflow of dollars is currently observed as announced more than two weeks ago.

Regarding the liabilities of the BCRA, it should be noted that as of June 2022, the fiscal deficit of the public sector was taking in the last 12 months about $2.8 trillion, and that the interest payment of the Leliq plus Passive Repos was equal to 12 months. about $1.6 billion.

In this regard, it should be noted that the stock of these BCRA liabilities is for the last 12 months growth at a rate of 75.5% per yearand during the year 2021 the rate was 37%, starting to rise from January 2022.

“The BCRA has a very high debt in Leliq and Passive Repos, which it capitalizes every month, this implies that this debt could double in one year, which implies a debt of 13.0 billion pesos . If we add a monetary base that grows at the same rate, we would have 8.0 trillion pesos, which would mean monetary liabilities of 21.0 trillion. the dollar would remain at current levels The balance would be set at $568 in the coming year” says Di Stefano’s work.

“We have to remember that we are entering a drought year, the harvest will not be very good, there will be a lack of wheat and corn, products that we eat, and we would have soybeans left to make do. This means that prices may grow more than expected.”

On the other hand, loans to the private sector add up to 10.6% of GDP, so with the recent increase in interest rates from the BCRA, the effect of this increase on the economy as a whole is very low. In addition, it should be noted that the total funding in Argentina is about 6.5 billion they are loans to the State at a rate of 69.5% per year for Leliq and 64.5% for Passive Passes. 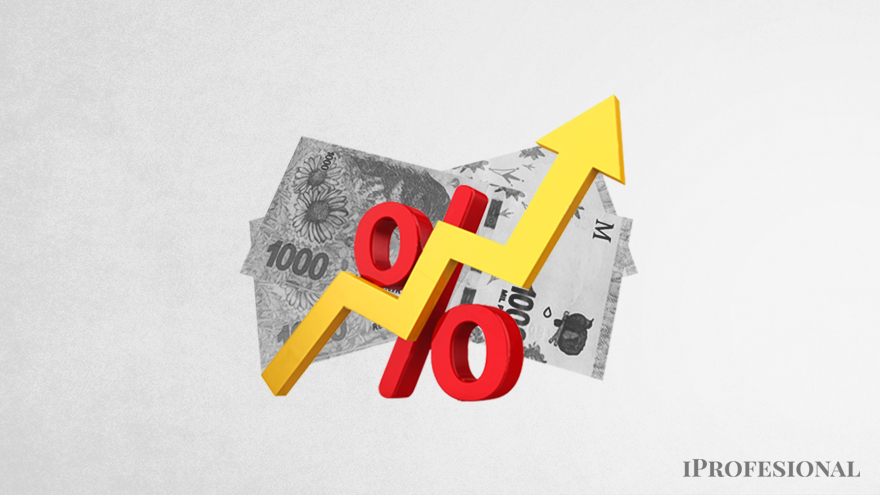 If the interest rate is raised, the economic agents will stop borrowing and try to finance themselves with their own capital.

The implications of raising interest rates

“In any country in the world, raising the interest rate has two implications. First, savers will have a greater preference for savings and less for consumption, this distorts inflationary expectations,” the study explains. . On the other hand, if the interest rate rises, the economic agents will stop borrowing and will try to finance themselves with their own capital, for example, liquidating stock.

In addition, an interest rate of 69.5% per annum is not very attractive to savers, probably few people want to sell dollars to get a rate when they know that inflation may continue in the following months that. For example, for September Inflation forecast for the last 12 months is around 80% per annumand for the future 100% every year.

With the new progress of interest rates, many financial analysts of the local market and Wall Street insist that this is in a short period of time. the interest payment of Leliq and Passive Passes will be higher than the principal fiscal deficit and as a result, that debt could become unpayable and at some point have to be liquidated or refinanced through a Bonex Plan of sorts like the one in March 1990.

Regarding the impact of the BCRA’s interest rate hike, a recent report from consulting firm Portfolio Personal explains: “while signs of monetary contraction were expected, as it was a late response and still below the acceleration of inflation, he. It doesn’t work as an aggressive enough signal. This leads to an increase in the semi-fiscal deficit of the BCRA with a low ability to align expectations and increased certainty of future issuance”.

The report further describes the following: “Since the rise in interest rates is not accompanied by a truly rational fiscal policy, the rise merely paves the way for future inflation without any correct the underlying problems. If in the last two years the economy is already. he suffered the inflationary consequences of doubling the monetary base, knowing that, henceforth, for every Peso invested in Leliqs the BCRA will have to give back about twice as much which is not encouraging at all“.

The report states that this gives a stock of remuneration liabilities that already reaches 6.8 trillion pesos, which implies an increase in real terms of 12% over the past two years, and represents a growing base for interest payment elevated. 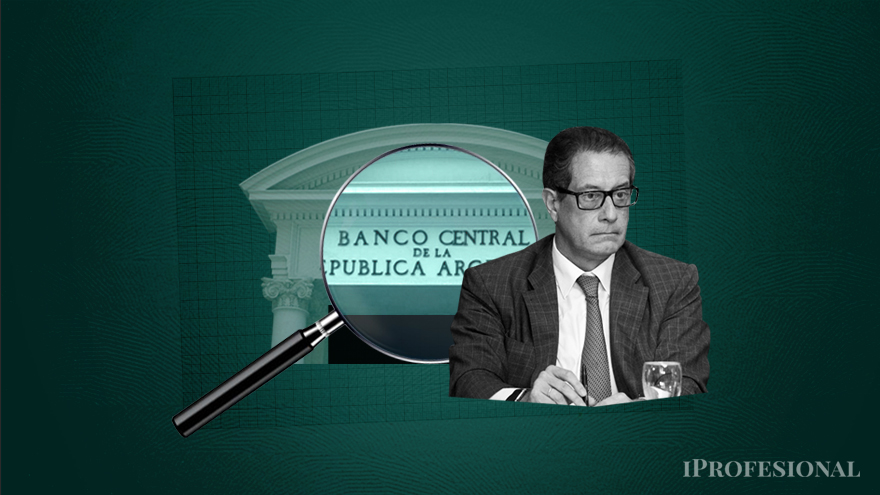 Henceforth, for every Peso invested in Leliqs, the BCRA must return approximately double

As a result, monetary policy is far from pursuing the objective of price stability in the long term, but simply tries to prevent the transfer of excess liquidity to consumption or to the purchase of foreign currency in the short term, putting pressure on current inflation, but encouraging one to come”.

The other problem is the financing of the debt in pesos issued by the Treasury, where a large part of the bank funds that could be used for loans to the private sector are sent into the public sector.

This largely depends on the state’s financial system.

That last offer involved more than discounting compliance at least 60% due to the large number of titles in the hands of public bodiesit finally reached 85% and succeeded in positively reconfiguring the path of maturities for the current year, putting more pressure on the next one.

So far, it has been possible to reduce the large number of maturities accumulated in the last two quarters of the year, as well as to modify the maturities until August 2023, when few placements have managed to pass elections PASO. in case they are kept in August next year.

In any case, it should be noted that the market was not willing to accept debt for such a long time due to the high risk involved, which was now compulsorily exposed by the aforementioned public bodies that were part of the swap. exchange rate, inflation and political risks.

The positive thing is that the debt in CER or adjusted for inflation, which was skyrocketed in the past year and already accounts for 70% of the maturities until 2023, is now 55%.

Although the nominal debt followed the same path, reducing its participation from 20% before the swap, to 15% when it was done. But to achieve this goal, what is worrying is that the debt tied to the linked dollar increased step by step from 7% to reach 30% today, which shows a greater coverage in case of possible devaluation.

Finally, the floating debt remained at the same level, implying 2% of the total debt in the cumulative years 2022 and 2023.

Tags:dangersfinancialservicestatesystem
previousMetaverse will revolutionize medicine – TyN Magazine
nextThe roof of a school in La Plata collapsed while the students were in class