The minister also stressed that “it is essential to work on the issues that most concern this sector in order to give price stability” and added “you are a priority since you are fundamental throughout the consumption chain.” In this sense, Scioli will have a meeting tomorrow with supermarkets to continue this line of work and meet the import needs for companies to continue production.

Schale argued that “it is time to appeal to responsibility, that translates into two clear objectives that are to achieve normal supply and peace of mind in prices.”

Along the same lines, Pollera highlighted the importance of having a joint planning: “We are listening to the demands of each one of you and from there resolve each case, advance sector by sector to achieve the normalization that we are waiting for.” 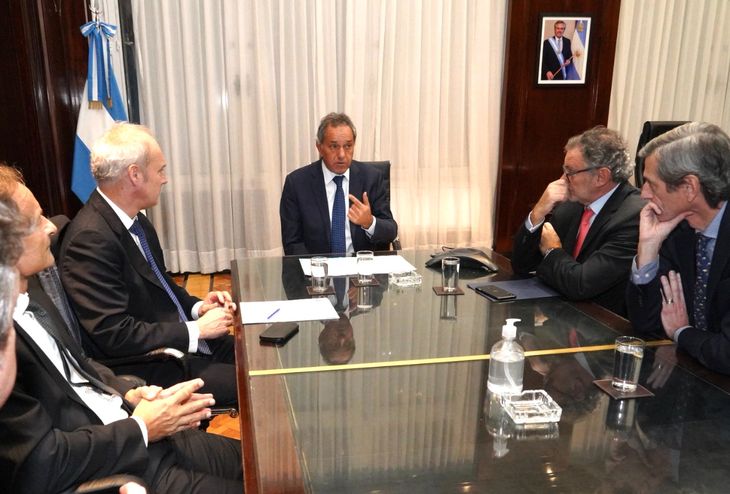 Likewise, Minister Scioli held a meeting with authorities of public and private banking associationswhere they worked on an agenda to guarantee the access to credit for productive investment and financing lines for consumption and for the import of inputs.

Meeting with the US ambassador

The minister also held a working meeting on Monday with the United States ambassador, marc Stanley, with whom he talked about the bilateral agenda centered on the commercial integration, the opening of new markets and opportunities for productive development, as officially reported.

“I thank the US ambassador, Marc R. Stanley, who prior to the meeting between the presidents @alferdez Y @Joe Biden we have held a meeting with a focus on the productive development agenda,” Scioli posted on his social networks.

During the meeting, the officials highlighted the “strategic relationship” and the “solid dialogue” between Argentina and the United States to reach agreements that allow the strengthening and strengthening of bilateral and commercial relations between the two countries.

This work meeting takes place within the framework of the meeting that the presidents will hold Alberto Fernandez Y Joseph Biden in Washington at the end of the month.

Tags:askedcompaniesconsumptiondanielguaranteemasssciolistability
previousIs it a good time to build a cryptocurrency portfolio?
nextThe Central Bank does not rule out “if necessary” measures for the national economy