The Central Bank adds reserves and the rise in the official dollar accelerates: The Minister for Economy, Serge Massaabout meeting the goals with the International Monetary Fund (IMF)and his first actions aim to reverse some of the complexities. 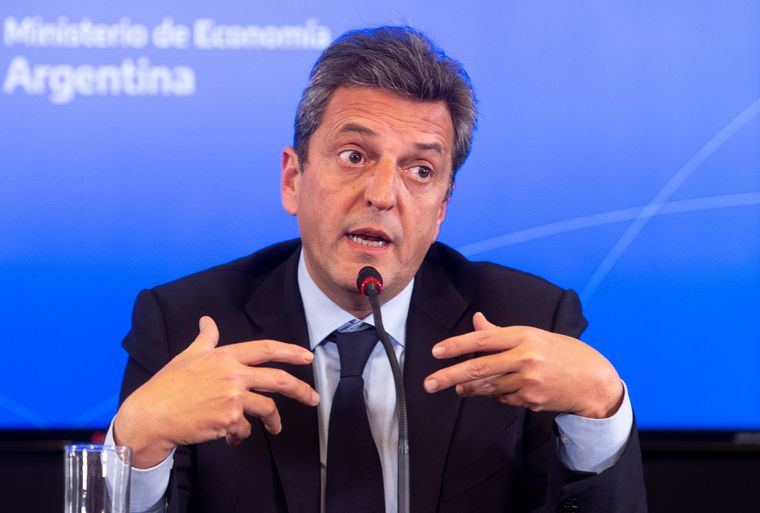 The one was mainly related to the reserves which experienced a strong retreat during July, especially with the noise created by the decisions of the former Minister Martín Guzmán and his sudden departure via Twitter.

With determination and deep confidence in my vision of the path that Argentina should follow, I will continue to work and act for a more just, free and sovereign Homeland. pic.twitter.com/rJQ5w0argQ

“So far in September, the Central Bank accumulates purchases for US$2.1 billion. The gross reserves stand at US$37.915 million and US$3.075 million” said the Adcap report.

Accumulated directly in the first 16 days of September 2,154 million dollars.

The soybean dollar proposal strongly reversed the selling trend of the monetary entity to advance the goal proposed in the agreement with the IMF to increase reserves.

As of last Friday, agro-exporters had liquefied 8 million tons of soybeans and already reached US$ 4,000 million, according to data from CIARA-CEC.

That is to say, in the first 16 days of the implementation of the measure the recommended 80 percent has already been achieved for the entire month in which it will be valid.

It is discounted that the initial momentum will slow as September progresses but at current set values ​​from the Economy it will They hope that too much will be achieved for the purpose.

The 2023 Budget that was presented this week by Congress determines that the exchange rate would close at $166.5 in December of this year and at $269.9 at the end of 2023, which is equivalent to a 62% devaluation according to inflation for 2023.

The first economic measures of the Massa administration they are giving the government a break but from some sectors they think what will happen on October 1 when the soybean dollar stops oxygenating the reserves and reaffirming the exchange rate.

“The announcement of the ban on the purchase of savings dollars and the implementation of MEP/CCL for those who receive electricity, gas and water subsidies, together with a study of changes in the tourist dollar, indicates that the current policy of differential exchange rates, an acceleration of ´crawling peg´ and exchange restrictions will continue”, they explained from Dephos Investment.

“The government will have to strike a delicate balance in order to preserve the reserves it is accumulating during September. A jump in the exchange rate appears to be a last resort due to the political constraints within the ruling coalition and the already predictable acceleration. high inflation,” the report said.

However, he warned that “inflation in August (7% monthly) and the expected increase in Bank rates to 75% TNA (107% TEA)) confirm that the economy is in a nominal race with variables important (official exchange rate, interest rates and prices) running at more than 100% per year with little chance of decreasing in the short term”.

“The rate hike further increases the near-fiscal deficit (4.6% this year and 5.7% of GDP in 2023), undermining the nominal value of the economy in the medium term,” he said.

Tags:addsbankcentraldollarnewsofficialreservesrises
previousFinanciers rally: why they’re back at $300 and what’s in store for them this week
nextHe collided with five parked vehicles, abandoned his car and walked away