The Spanish Stock Market extends the fall to 0.41% and fights 8,400 points

The Spanish Stock Market extends the fall to 0.41% and fights 8,400 points 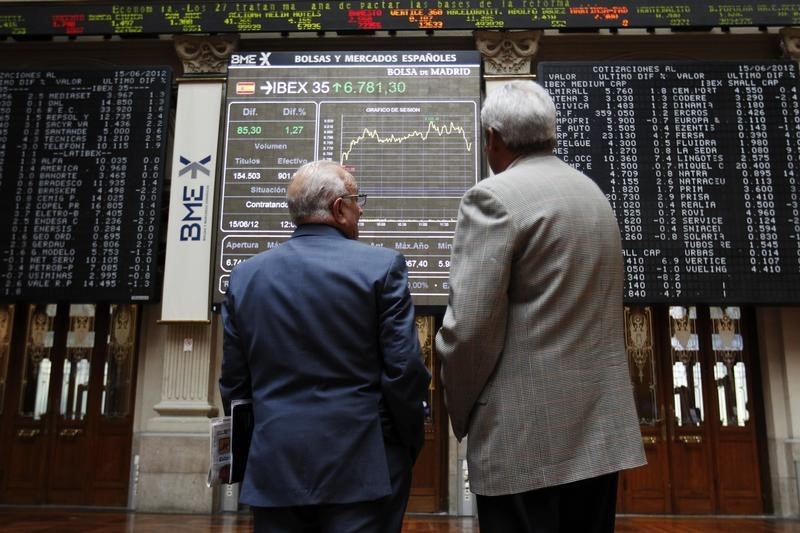 Madrid, August 19 (.).- The Spanish stock market fell 0.41% this Friday shortly after the market opened and struggles to recover the 8,400 points reached at the end of last week after a session with slight variations on Wall Street and Asian markets.

It would be the fifth consecutive week of gains for the IBEX 35, which had a streak of eleven uninterrupted sessions of gains during this period, which had not happened since 2009.

Despite the increases in recent weeks, it still accumulates losses of 3.65% since the beginning of the year.

This Friday the data on producer prices in Germany for July will be known in Europe, which will indicate how inflation may develop in the future.

In the Spanish market, real estate companies are the protagonists of the biggest reductions. Colonial (BME:) rose 2.11% and Merlin Properties (BME:), 2.7%, and Fluidra (BME:), which fell 1.76%.

The eight values ​​positively at this time moderate the profits they presented at the beginning of the day. Redeia (formerly Red Eléctrica (BME:)) leads the increases, 0.62%, followed by Solaria (BME:), 0.36%, and Acciona (BME:), 0.49%.

With the euro at 1.008 dollars, the same exchange rate as at the end of the previous day, the , the benchmark in Europe, falls 1.3% and is sold for 95.3 dollars per barrel.

In the debt market, the yield on the Spanish ten-year bond rises by less than one-tenth and stands at 2.312%, with 114 basis points.

Tags:extendsFallfightsmarketpointsspanishstock
previousGeneration Zoe’s other accountants fell: the dark trust to raise money and the attempt to enter the Stock Market
nextThe Bovespa index of Brazil registers a loss of 0.83% this August 19