Susalud seeks approval for a single emergency fee | The law

Susalud seeks approval for a single emergency fee | The law 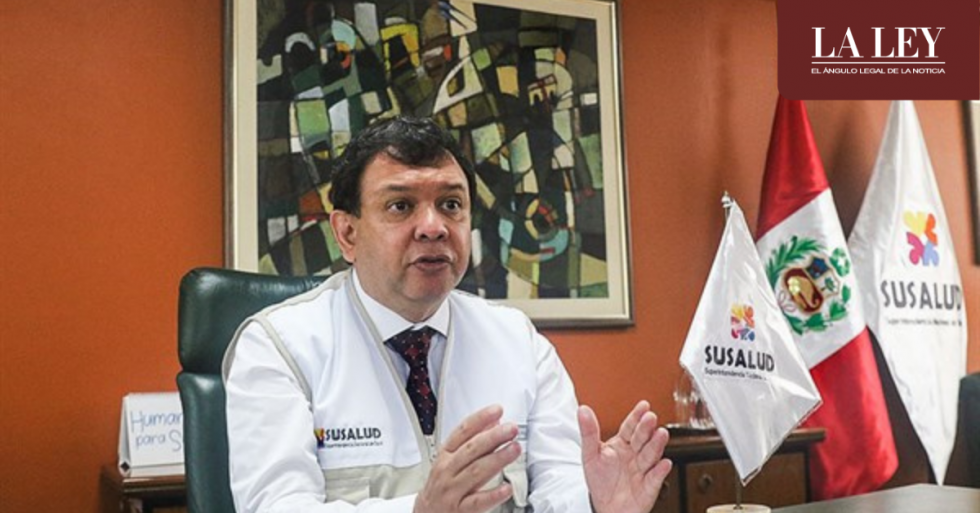 Juan Carlos Velasco Guerrero, Susalud’s chief executive, said his unit would seek approval for a single fee for emergency services that would apply nationally and would ensure timely care of patients arriving at clinics and hospitals.

The official also said that similar coordination would be carried out to establish this year the eastern, central and southern parts of the Susalud metropolitan area, which will be added to the existing northern headquarters, which will increase efforts to monitor and protect the rights of health citizens.

Also read: When does the use of a mask cease to be mandatory?

What are the goals?

Velasco argued that the goal of comprehensive insurance in Peru was that the citizen would not be poor because of the aforementioned expenses.

“That is why this year we will be working on a single tariff with the Ministry of Health (Minsa), EsSalud and the Association of Private Physicians in Peru (ACP). This is a very difficult task, “he said.

“All diseases that are treated with emergencies will be analyzed, tariffs will be drawn up, made all over the country by private institutions, EsSalud and Comprehensive Health Insurance (SIS) and costs approved,” he says. explained.

For example, he said that a person who walks down Arequipa or Javier Prado streets and has a heart attack, if he is EsSalud-insured, he does not necessarily have to go to Rebagliati Hospital, because he may not be alive and he may treat at the nearest public hospital or private hospital, where it is insured by your insurer.

The standard will apply throughout the country.

Also read: Is the practice of chemotherapy in Peru cost-effective?

What are the provisions?

In this context, Velasco argued that in accordance with current provisions, patient legalization was not a prerequisite for the care of emergency services in public and private hospitals in the country.

“An emergency is a sudden change in an individual’s health. There are general health laws and emergency laws that ensure access to health services on these issues, “he emphasized.

Susalud – he said – works with private companies, where more of the aforementioned rights are violated, to remind them of the law and the responsibility they face to the nation.

“The goal is for things not to happen again. “The state guarantees the attention of all citizens living in the territory of Peru, which means that Peruvians and foreigners, absolutely, that is the norm and we work for this,” he emphasized.

Velasco ruled out the need to increase penalties for non-compliance with emergency services as they are already tough.

“The point is to draw attention to the institutions and make them remember the regulations. That is what the work tables we have with the organization are for, “he said.

What needs to be done?

“Another difficult task has already been discussed with the Ministry of Health. “We currently have the Northern Susalud national budget in Lambayeque, but they do not exist in the center, south or east,” he warned.

Velasco revealed that with the head of the industry, the goal was set in motion this year in the aforementioned three macroeconomic areas, in addition to those operating in the northern part of the country.

In the north, he said, Susalud intervenes in the area’s divisions and operates in those areas.

“On the day we get the municipalities in the south, center and east of the country, everyone will cover those areas and get better at the job, because there will be permanent staff to handle the processes and avoid violations of rights,” he said.

The new regional offices will strengthen the work throughout the country because Susalud would have a greater presence in the offices of these areas.

“Now we do it through the representatives of the hospitals, but it’s different that there is a solid and solid team working full time,” he said.

“We have to take into account that the only sustainable thing in the country is public policy and one of them is the right to care, which we work with related industries. “Without health there is no economy and without an economy there is no country, it’s simple,” he ruled.

Also read: Migration will eliminate the appointment system for obtaining passports from June

What are the obstacles?

“Let us remember, and we can not deceive ourselves, that the Covid-19 pandemic was an indication of how prepared we were in the public sector and we found many shortcomings,” he said.

On this subject, he mentioned the lack of supplies, equipment and specialized staff in hospitals. “Then, if there are problems in Lima, there are more reasons for them in the regions,” he added.

Velasco mentioned as examples the issues concerning patients’ referrals to hospitals, insurance coverage, the transfer of Comprehensive Health Insurance to hospitals and the moments that become a reality in this disbursement of funds.

“We met with the Minister of Health and I explained to him that there were problems, firstly with management and secondly with the procurement of supplies and medicines,” the official explained.

He pointed to the economy as third place. “There are three problems, we are working there and the state as well, to improve these processes,” he said.

Tags:approvalemergencyfeelawseekssinglesusalud
previousVirasoro Lighthouse Corner
nextThese podcasts are at the top of the list of the most played on Spotify Peru