Cycling struggles to get out of its gray zone

Cycling struggles to get out of its gray zone

Ketones, gray area, skepticism: at the time of evaluations, cycling has used words synonymous with suspicion, regarding the actions recorded in 2021 and their authors, many times victorious.

“In just one year, it really accelerated,” notes Arnaud Démare, who, however, refuses to use the word doping.

“It’s normal, everyone is working, everyone is progressing, the equipment too,” adds the rider with the most victories in the French peloton (84 successes), who is surprised by the response to his questions.

Ketones, an additional fuel for the muscles that are ingested in the form of gel or drink, are not recommended by the International Cycling Union (UCI) but their intake is not prohibited by the regulations.

The UCI medical director, who mentioned a possible placebo effect, drew a parallel between them with creatine, another substance that was the subject of discussion some twenty years ago. In fact, while creatine was the subject of controversy at the time, cheaters were using proven doping products, although microdoses of EPO may still go unnoticed today.

The field of skeptics was reinforced by the opinion of Romain Bardet, also falling in the hierarchy in terms of the great laps (7th of the Giro). The French insisted on corticosteroids, which will be totally banned in competition in 2022, and on ketones. 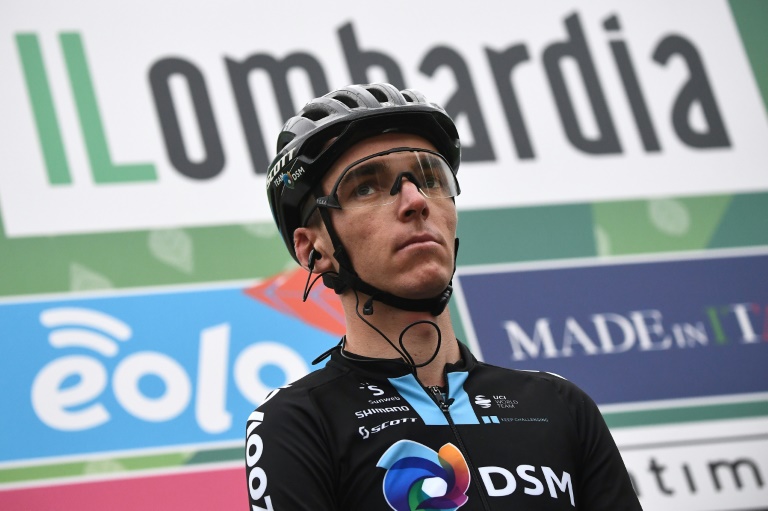 Frenchman Romain Bardet, from the DSM team, before the start of the 115th edition of the Tour of Lombardy, a 239 km cycling race, from Como to Bergamo, on October 9, 2021. (AFP – Marco BERTORELLO)

“It always takes too long to realize that you have to be strict at certain points,” estimated Bardet last month with the specialized site cyclingnews. The cycling community had just learned that three riders controlled by French investigators during the Tour had used a powerful drug (tizanidine), a muscle relaxant that is not prohibited by World Anti-Doping Agency regulations.

“The laws are too lax,” Bardet insisted on the products into which the platoon is divided. The teams belonging to the Movement for Credible Cycling (MPCC) refuse to use them, the others do not. “It is up to the anti-doping authorities to decide whether it is prohibited or not and that is the problem, because there is this gray area.”

– “We have to live with these questions” –

If Bardet also wondered about the amount of out-of-competition tests he considers insufficient, other riders, AFP learned, alerted the UCI at the end of the season. They expressed puzzlement over what was once called two-speed cycling.

As lucid as he is balanced, Guillaume Martin, a runner with an immaculate reputation, preferred to take a step back in an interview with Ouest-France: “When we are overwhelmed, when we have less good results, we always look for explanations, it is Human One of the easy explanations is that other people cheat in some way. ” And to remember: “High-level cycling has so much to do with the details that you may not know why. (…) I don’t spend my time comparing myself and resenting what others are doing. They can do.” 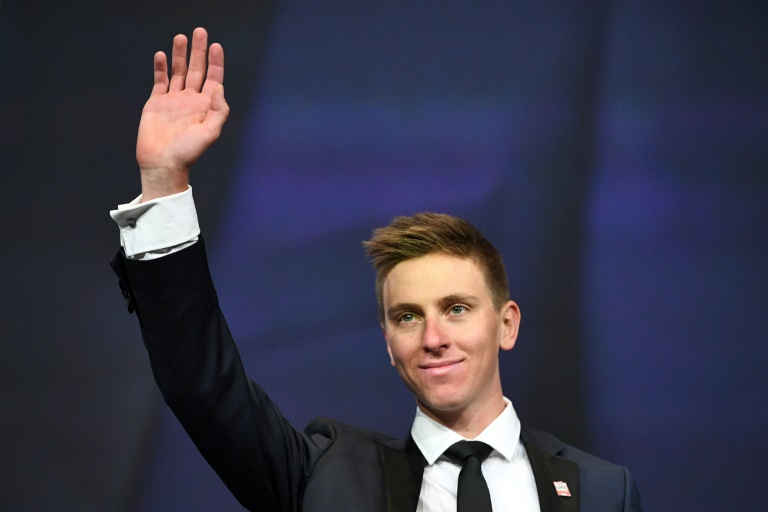 The defending champion, the Slovenian Tadej Pogacar, during the official presentation of the Tour de France 2022, in Paris, on October 14, 2021. (AFP – Anne-Christine POUJOULAT)

Faced with these controversies, fueled by performances as dazzling as those of the Ukrainian Mark Padun (Bahrain) at the Critérium du Dauphiné, the two-time Tour champion, the Slovenian Tadej Pogacar, got in touch. “Cycling has a dark past,” he repeated recently. “We have to live with these questions and these suspicions. Although, I admit, it is strange to me because I was born in 1998. I have no recollection of this dark period of cycling.”

On himself, on the reasons for his dominance in the Tour de France, Pogacar opted to joke: “I guess I have my parents to thank for the good genes.”