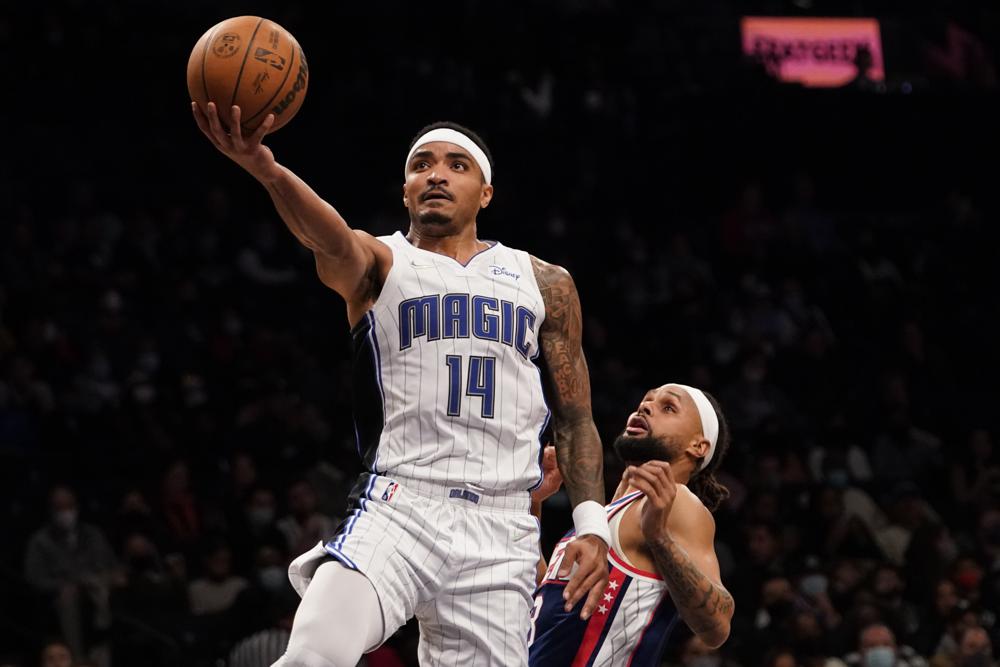 The Magic’s victory over the Nets’ C-team not only saw Orlando regain victory after seven straight losses, it also saw two veterans in the limelight.

It must be said that the Florida franchise had no real alternative since it had 12 absent (yes, 12!) For this meeting in Brooklyn: seven in the infirmary and five in the health protocol.

Therefore, several names came from the G-League and were complete or almost unknown: Aleem Ford, Hassani Gravett, BJ Johnson or Admiral Schofield. Fortunately for him, Jamahl Mosley was able to count on two confirmed players: Robin Lopez and Gary Harris.

“These two have played in good teams, they know what to do to win games”Chuma Okeke rejoices at theOrlando Sentinel. “Just hearing their voices helped us get everyone to the right place. “

The first collected 20 points, 10 rebounds and 4 assists, the second made a copy of 17 points, 7 rebounds and 5 assists. They were decisive in the fourth quarter, to ensure the Magic’s victory.

“They did an extraordinary job, like veterans who level up these days”, assures the coach. “Gary was very good defending Patty Mills during the game. RoLo was also good on defense, pick-and-roll, making sure not to hit 3-point shots. His voice within the group, during the meetings, was fantastic. “

After 18 points and 7 rebounds against Miami, Brook’s brother still had his best game of the season. He has just chained two games in a row with more than 32 minutes when until now it was little used (only 11 games for 15 minutes on average).

“He is the perfect team player”Mosley says. “He wants his teammates to shine. He is always ready when called. I try to communicate as much as possible with him, whether he is playing or not, and he is always ready. “

Tags:decimatedeldersmagicNBArests
previousOne point is everything! | NBA
nextDespite the return of Ja Morant; the Thunder take revenge on the Grizzlies | NBA