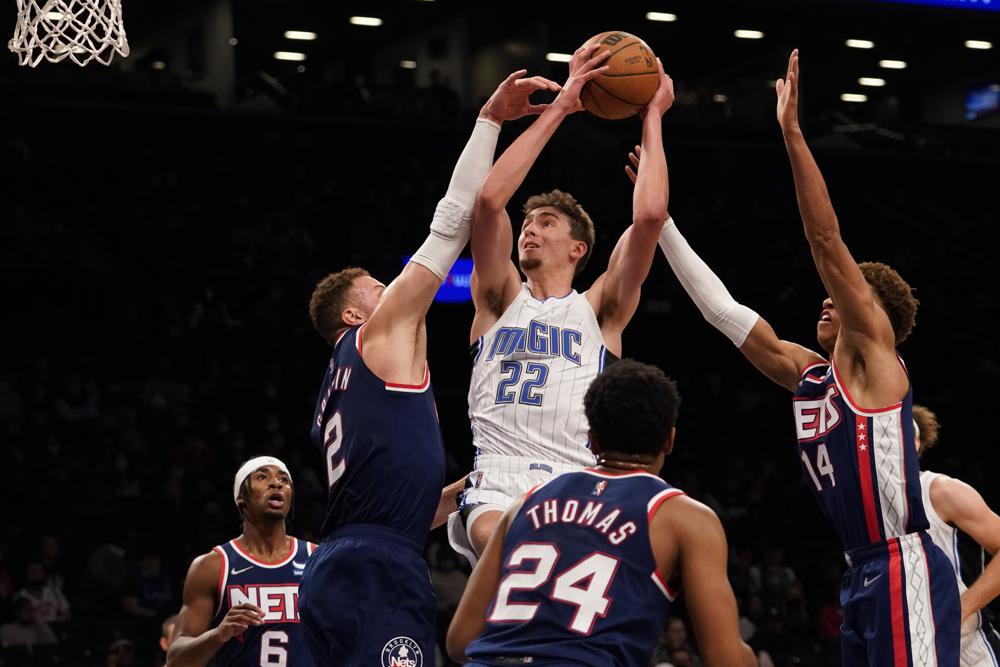 The Magic got off to a good start, and Robin Lopez quickly advanced with six points in the first three actions of the game. Blake Griffin, reportedly leading the much-diminished local troop in this Saturday night battle, is still running and the visitors are taking advantage.

Gary Harris takes over from the bushy veteran pivot and accelerates the machine, scoring 13 points. Steve Nash asks his players, who lack automation, to tighten the screw on defense, but the Canadian coach’s instructions are not being followed at the moment. At halftime, Orlando logically leads the score (50-44).

Cam Thomas attacks the second half wanting to get his people back on track, and the former LSU will attack the circle when he sees Orlando’s defensive largesse. But the Floridians want to take advantage of the difficult situation Brooklyn is in and end its seven-game losing streak.

David Duke Jr is in the oven and the mill, and the former Providence shines by devouring maximum offensive rebounds and putting enormous energy on defense. The Magic are tough, but they don’t bend. Despite the assaults by Steve Nash’s men, the visitors won this duel (100-93).

– 8 active players for the Nets. Blake Griffin, Patty Mills and … not much else to eat for Steve Nash against the Floridians. Devastated by Covid-19, Brooklyn had to sign James Ennis III, Shaquille Harrison, and give Langston Galloway plenty of playing time to be able to play this match. Day’Ron Sharpe, who nevertheless warmed up about an hour before the start of the game, was also placed in solitary confinement a few minutes before the start of the game. The Nets front office clenches its teeth …

– 3/24 at 3 points in the first half for the locals. Nothing on his plate from afar, the Nets crossed the Gobi Desert in the first period with their shots from afar. In fact, only one player registered his name on the three-point scorer list in the first period: Blake Griffin! With 3/8 from long range, the veteran fired up and converted from a distance.

✅ Robin lopez. Propelled to start by multiple absences, the veteran center responded and left his mark on the match. With 20 points, 10 rebounds and 4 assists, the former Knicks was difficult to control in the paint by the locals, who only had Blake Griffin available for this position, and poor Kessler Edwards as a “substitute” in season 5. tonight.

✅ David duke jr. As Richard Jefferson, an analyst for the television channel that broadcasts Brooklyn games, put it, these kinds of games “should be used by young people to unleash the horses!” And David Duke Jr. understood the lesson perfectly: With 18 points, 14 rebounds and 2 interceptions, the 22-year-old rookie was everywhere, in “watchdog” mode, even giving his team hope in time. of money.

⛔ Kessler edwards. 9 points to 4/13 in shooting for the rookie coming out of Pepperdine, but also the thankless task of playing the pivot position for much of the game due to lack of internal rotation.

⛔ The NBA. Obviously, for the League it is difficult to postpone games, because delaying them later in the season can be very complicated, but with the health protocol currently in force, these meetings with so many absences spoil the show and distort the sporting aspect.