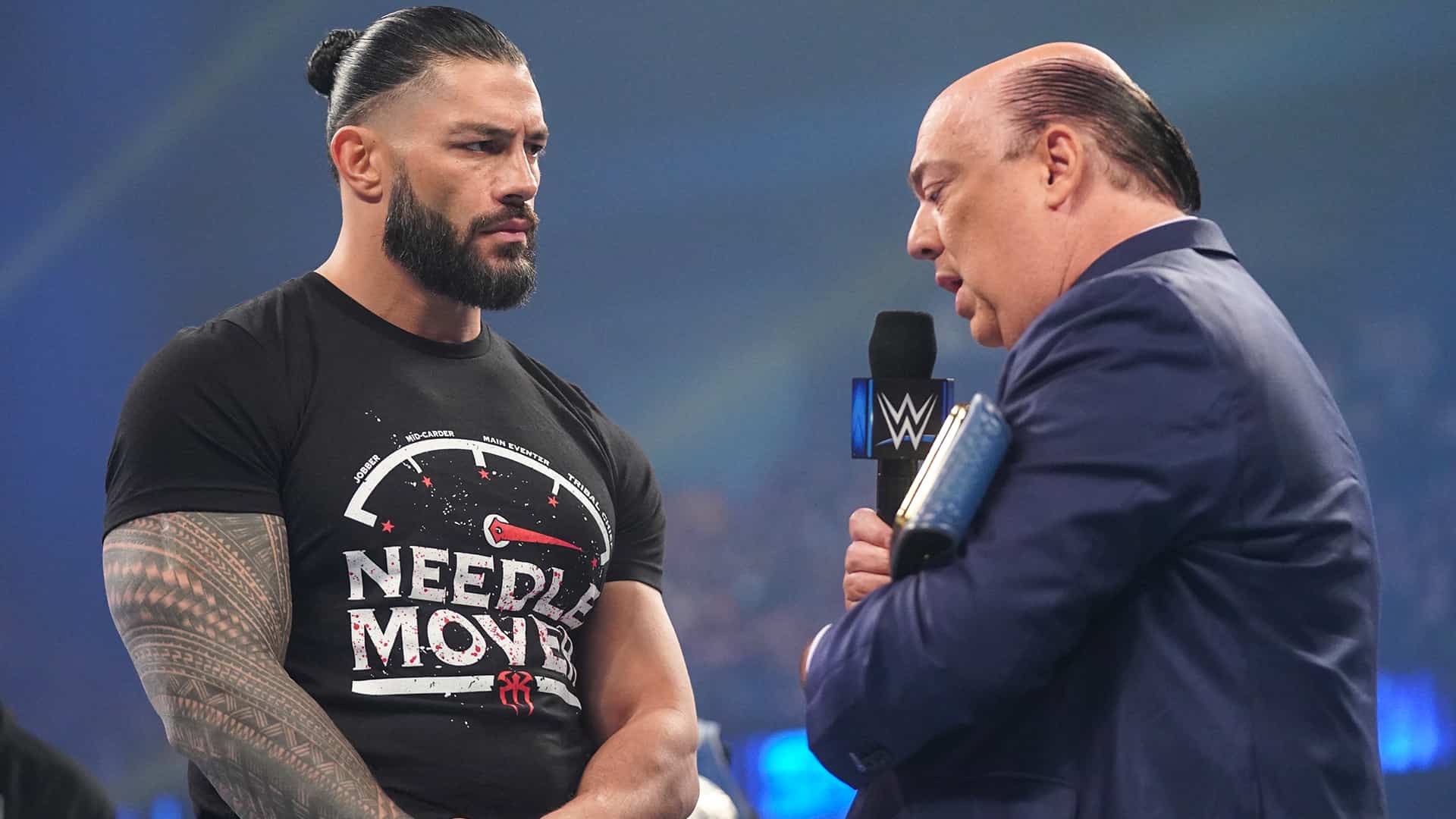 Full results for the WWE SmackDown episode of December 17, 2021.

On the WWE SmackDown schedule this December 17, 2021, Toni Storm and Sasha Banks team up against Charlotte Flair and Shotzi, while Roman Reigns signals the end of their alliance with Paul Heyman.

Toni Storm wins against the champion

We start this episode with a tag team match: Sasha Banks and Toni Storm team up to face Charlotte Flair and Shotzi, who is still there. Toni Storm is not entitled to his television entry, it is probably not the time. An episode that promises to load, for better or (especially) for bad.

Toni Storm and Sasha Banks beat Charlotte Flair and Shotzi when landing with a Storm on Flair roll up after having escaped a first Flair moonsault from the third rope by escaping, then lifting the knees in a standing moonsault before using the roll up.

A good game, almost twenty minutes for a first game that made the public feel good. A well-worn roll up for once too, and a Toni Storm pointing to Charlotte Flair. You know the rest.

The New Day and Usos square off on WWE Day 1, but this Friday night the New Days challenge the Usos to a match … tonight. Go find out. Meanwhile, Natalya is furious about Xia Li’s attack last week. It’s not enough to scare Xia Li off, a thunderous attack and we don’t talk about it anymore.

Les Viking Raiders ont battu Jinder Mahal et Shanky dropping off with a splash of Ivar’s dive into Shanky. We can almost confirm that this match did not interest anyone.

Paul Heyman is happy: Roman Reigns returns tonight after a week off. A car approaches, Heyman comes to greet the passenger … which is not Roman Reigns. It is Brock Lesnar who is acclaimed by the public and who greets Heyman in passing.

The next segment is a flop, you better say so right away. At the same time, with Happy Corbin and Madcap Moss there was a possibility that this would happen. The office that McIntyre has planted his sword in is in the middle of the ring, Corbin and Moss try out some valves and make a huge flop, so much so that the audience starts chanting the name “CM Punk” – we’re not good at it. Chicago, no doubt.

Baron Corbin wants to offer McIntyre’s sword to Madcap Moss, but for that it is up to him to remove the sword from the office. Obviously not successful, you have already collected the reference.

Drew McIntyre finally makes his entrance, poking fun at Moss and Corbin’s “performances” and withdrawing the sword himself before threatening them with it. Now if McIntyre is the king nominated by the gods, something will have to be done against the nominee by a tournament. Come on, let’s get back to wrestling.

Sami Zayn is suddenly better than last week, no more wheelchair or brace, which calls Adam Pearce and Sonya Deville. He comes mostly to complain, a little of nothing, because he never had a rematch for the Intercontinental title that he lost last year.

The two DJs agree with him and announce … Gauntlet of 12 Superstars next week to nominate the challenger; next Friday’s episode (December 24) will be recorded, which explains it. In the meantime, why not, because the Intercontinental title hasn’t been defended since September, anyway.

Ridge Holland defeated Cesaro by fell with a powerslam, taking advantage of a distraction from Cesaro by Sheamus. It’s good, but it’s like the previous game, I’m not sure it interested many people.

Naomi to battu Shayna Baszler in autumn with a roll up in thirty seconds. There we lost respect on the other hand.

Behind the scenes, Baron Corbin announces that Madcap Moss will face Drew McIntyre on Day 1 of WWE. Moss doesn’t look too happy about the idea, neither do we, but not for the same reasons to be honest. It’s not impossible that the basic plan was a tag team game with Jeff Hardy in the lot.

Roman Reigns and Paul Heyman will have a discussion at the end of the episode, but before that it is time for the match between the Usos and the New Day, who will meet on Day 1 of WWE for the first team titles, but the titles they are not at stake tonight. Okay, it’s SmackDown.

The new days beat the Usos when Kofi Kingston’s Trouble In Paradise fell in love with Jimmy Uso. Jey Uso had touched and thrown to splash, but the referee didn’t see him.

Roman Reigns finally arrives, Heyman was still waiting for him … but on the wrong side of the car. The champion goes straight to the ring, there are things he wants to talk about. Doesn’t smell good to Paul Heyman. Chicago, on the other hand, adores Roman Reigns, who enjoys cheering for long seconds. “Recognize me!” he snapped at an audience (mostly women, one would say in his ear) that howls with joy.

The leader of Bloodline goes on to say that he doesn’t like it when the Usos lose, but it’s family so that’s okay. Paul Heyman is not family sues Reigns. You wonder how much you can trust yourself. You ask yourself a lot of questions that you think you already have the answers to, but you want confirmation. He first asks if Heyman knew that Brock Lesnar would be at SummerSlam. Heyman does not respond but the public does it for him, “You screwed up”, he continues in chorus.

This time is the end. Roman Reigns thanks Paul Heyman for 40 years of service to his family, then announces that he is fired. But he’s not just going to fire him, he’s also wearing a Superman Punch. He prepares Heyman to give him a wheelchair, but he won’t have time to do it.