[FAQ] The rear: the last bulwark

[FAQ] The rear: the last bulwark 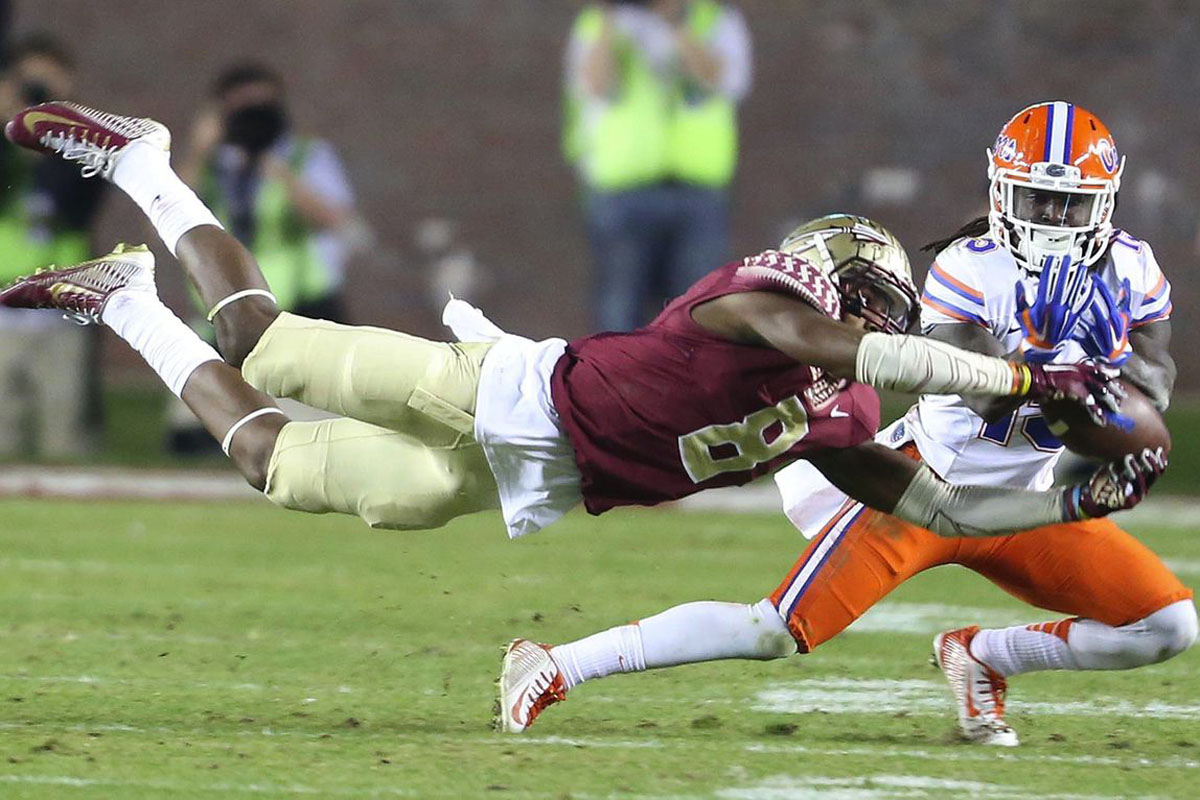 After being interested in men of the defensive line and their alignments after to the linebackers who play in the second curtain; the last defensive bulwark; that of the cornerbacks and security: their roles and the different ways; for a defensive coordinator; of using them. (The purpose here is to present the general lines and not to lose a reader; more or less beginner; with all the possible variations and subtleties).

They are in charge of defending receivers near the edge of the field. Basically the areas where the yards are written in numbers. These players are in duels and their catcher marks are man-to-man or zone. Like a man-to-man called “Man”; these cornerbacks stand very close to the line of scrimmage (“Scrimmage”) and as soon as their opponent starts their track; they use their hands to try to confuse them (they can. first 5 yards; then this attitude causes a penalty). We speak then of “Press Corner”. When lining up in area coverage; these cornerbacks give their opponents more room (roughly 10 yards); to read their intentions first and also to protect depth. And if it is a question of making a way inside; then the cornerback passes his hand to another player because the receiver has thus left the area for which he is responsible. Some of these cornerbacks always play on the same side of the field because that is where they have their automatisms. Others are on a mission to defend a particular receiver and go to the side where he is lined up.

Example : Jalen ramsey (Rams). Athletic to follow and fight with a receiver; he is able to control one side and / or the best opposite receiver. You can also play in zone; even on the field. Here in a cover photo when he was playing at Florida State University.

Called “Nickel”; this cornerback is in charge of marking the most aligned receivers in the middle of the field (“Slot Receiver”). These offensive players tend to be less imposing but more lively; these cornerbacks usually have the same characteristics.

Example : Kenny moore (Colts). A lively and intelligent player; if he seldom scores the best opposite receiver; his contribution is undeniable. In 2020; he had 4 interceptions and defended another 13 balls thrown in the direction of his receiver. 9 passes defended and 3 interceptions after 11 games in 2021. When asked about the most underrated players in the NFL; Kenny Moore is a serious candidate with his contribution / recognition ratio.

The cornerback position is one of the so-called premium positions in this sport. This assumes above-average qualities; as these players need to be physical enough to fight robust receivers and fast enough to be able to follow them when they attack deep. An attacker knows; before the confrontation; what is the called game plan. He is not a defender. Therefore; the latter must bejournaltimepetent to quickly understand the intention of the attack and react accordingly.

For these players; the essential thing is to be able to intercept the ball. For that; they must be able to have one eye on the receiver and the other on the quarterback so they can decipher their intention; then the trajectory of the ball. More than having a divergent squint; the intelligence of the game prevails; as in any sport. If they don’t always manage to catch the ball; the cornerbacks make a beautiful “play” by signing a “forbidden pass.” That is; they touch the ball; just enough to prevent the receiver from catching it: either by deflecting the leather in front of the attacker; or by kicking the ball out of the receiver’s arms before the receiver does both. validate a receipt.

If air cover is their priority; a cornerback must also be able to quickly recognize that the attack is playing a race. So you will have to get rid of the receiver trying to block you to go and lend a hand to the other defenders; to stop the ball carrier. Sometimes your mission will be to attack the quarterback: “Biltz”. By creating a surplus in front of the offensive line; the cornerback takes advantage of his athletic qualities to quickly rush into a “Gap” (see the article on lineups) and put the quarterback on the ground (catch); or all. less interrupt your launch.

In most cases; lined up in pairs and sometimes in a trio; these players are in charge of defending the axis of the field in the third curtain. Most of the time it is made up of two players with different characteristics; their profiles arejournaltimeplementary.

As the name suggests; it is the strongest of the safety pair. By his positioning; he would be almost a linebacker; because he often lines up in the “box” (zone included in the width between the two offensive tackles and in a length that goes from the front line to 15 yards back). Versatility is the keyword for this player – chasing a running back; covering a tight end or inside receiver; and attacking the quarterback are all assigned missions.

Example : Jamal adams (Seahawks). Capable of chasing a running back from side to side; as well as piercing the quarterback’s protective pocket; Jamal Adams is a strong safety who knows how to use his natural qualities as well as his game intelligence.

In football before the 2000s; we would speak of a “Libero”. At US Foot; we talk about a -Free Safety– or a -Single High–. He is the player in charge of covering the axis in depth. Your main quality should be speed. His feet to intervene but above all; his mind to understand where his team needs him: defend a receiver who enters his zone; offer a catch to two to a cornerback or use his role as a free man. .attacking the quarterback or running back.

Example : Minkah Fitzpatrick (Steelers). A versatile player par excellence; he played every position in the back row when he was at the University of Alabama. In the 2020 season; he brought in his NFL team tackles (79) and coverage (11 assists defended and 4 interceptions).

These players must defend both the run and the pass. Therefore; the quality of the tackles; the speed and the intelligence of the game are essential. For the little ones; here are some actions of perfection embodied in this role: Ed reed.

Seeing these highlights reminds me why I see Ed Reed so much in Eddie Jackson.

Some defensive coordinators like to use not two; but three for safety. These players; by virtue of their size and their formations; allow them to defend in several different ways. Other coordinators prefer to have two safes with the same assignments: neither strong nor free but two players who share the deep axis of defense and whose missions vary from game to game; and this interchangeably.

The term “Cover 2” means that two players share the deep axis of the field. These two safeguards therefore protect this area from any intrusion; a particularly effective system against an attack that often seeks depth. The outside corners in this system also occupy a zone (their respective side) or are individually marked with a receiver (Cover-2 Man). The system called “Tampa 2” is a variant of “Cover 2”; with the difference that the central linebacker is also in charge of covering a deep area (the most on the axis). That’s why the Texans coordinator Lovie smith; a supporter of Tampa 2; brought in a linebacker with qualities on the cover in the 2021 offseason: Christian kirksey (5 passes defended and 1 interception in 8 games in 2021).

The strength of this system is to limit big plays by opponents with players protecting depth or capable of delivering a two-man catch to a cornerback; versus a dominant receiver. Weakness is lameness (see definition above; if missed). A quarterback who can be consistent in his short passes to ijournaltimeing receivers can beat this system. The same goes for a runner who will have fewer players to beat in his career. 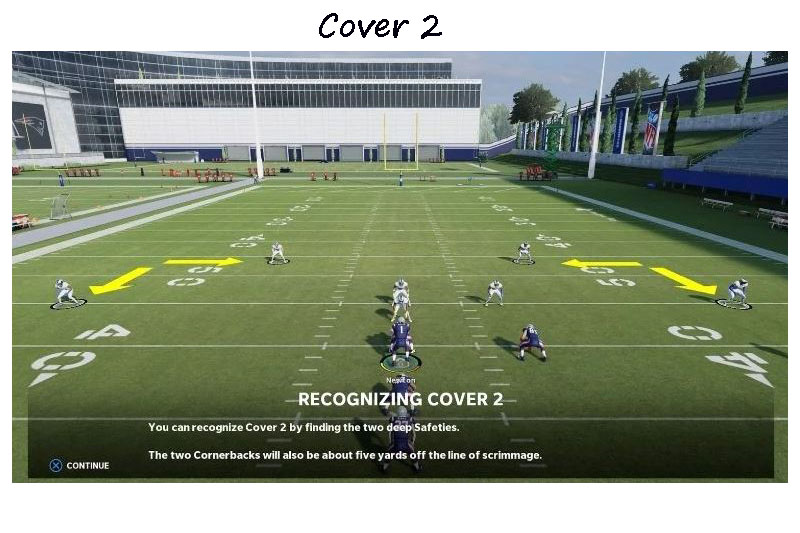 Three players share depth of field: a safety in the middle and two cornerbacks on each side. The advantage is having an additional player in the back curtain. From the defensive line; this system could be outlined in 443. One more player to be able; depending on the sequences; to attack the running back or the quarterback or cover a tight end. This is the strength of this system. The weakness is twofold. First; if 3 players share depth; the intermediate zones are relatively vulnerable. That’s why the Raiders defense; under Gus Bradley who preaches this system; is often fooled with “screen passes” (short distance passes to the outside) or with the outlines of the receivers who fake the attack in depth and then stop their sprint to catch the ball in the free zone ( track called “Return”). The second weakness is the two areas between the safety and the cornerbacks. There; if the safety doesn’t read the quarterback’s intent correctly; or if there’s already a receiverjournaltimeing into his zone; coverage is usually defeated. 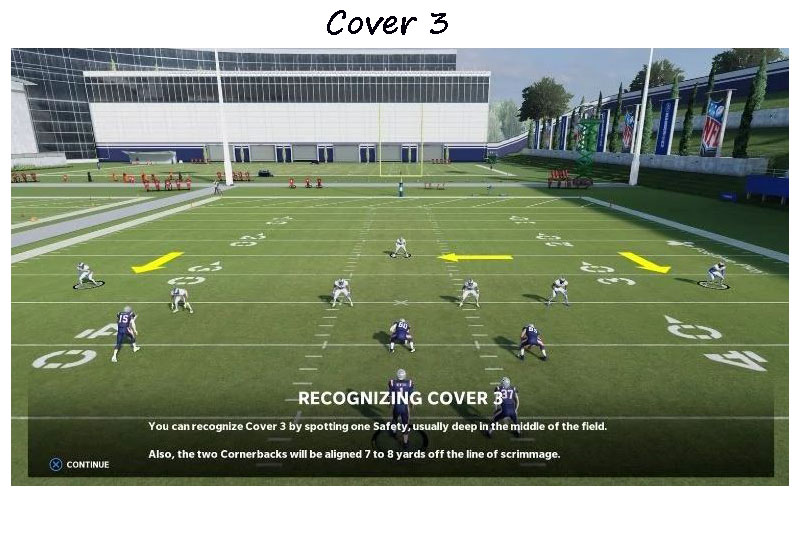 There are other provisions like “Cover 1” where only one insurance takes care of the depth while all other backs are individually marked. The “Cover 4” divides the depth with 4 players; the “Cover 0” where all are in individual marking. And many other possible variations.

Every coach and / or defensive coordinator has a preference for a system. Giving a base to the players is essential. It is the case of Vic Fangio (Broncos) and Brandon staley (Chargers) for the -Cover 2– system. The case for Gus Bradley (Raiders) for “Cover 3”. But of course; this sport relies a lot on feints and different alignments to surprise the opponent; all NFL defenses use various systems: from one game to another or depending on a particular opponent (Following your offensive lineup; review here the different formations). And for that; the teacher is Bill belichik (Patriots).

Tags:bulwark
previousHarry Potter.com Universe – Insight Editions will publish a book on Quidditch brooms and other accessories.
nextAMERICANS REPRESENT IN CUP CHAMBER OF DEPUTIES – AN ARTICLE OF CLICKPOLOUSA